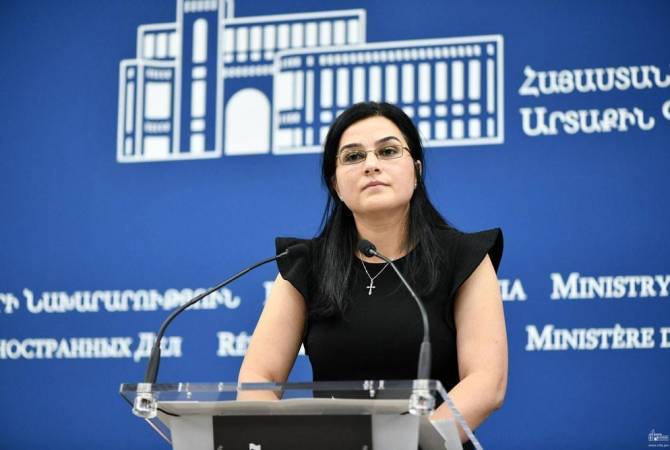 
YEREVAN, OCTOBER 28, ARMENPRESS.  The Foreign Ministry of Armenia says that the activities of the Azerbaijani side clearly show that Azerbaijan’s target in Artsakh are the people, ARMENPRESS reports reads the statement issued by the spokesperson of MFA Armenia Anna Naghdalyan.

‘’ Today, on October 28, the armed forces of Azerbaijan throughout the day bombed and shelled the capital of the Republic of Artsakh - Stepanakert, and the second largest city - Shushi, for numerous times. The residential areas of the city, civilian infrastructure, including the maternity hospital of Stepanakert were attacked. There are casualties - killed and wounded - among the civilian population.

This war crime, which is a gross violation of international humanitarian law and customary law, clearly demonstrates that the people of Artsakh are Azerbaijan’s target, including newborn babies, mothers, and the elders. The attempts of the Azerbaijani military-political leadership to kill the life in Artsakh will fail and the organizers of these crimes will be held responsible’’, reads the statement.