President of Artsakh receives head of Volunteers Union of Crimea 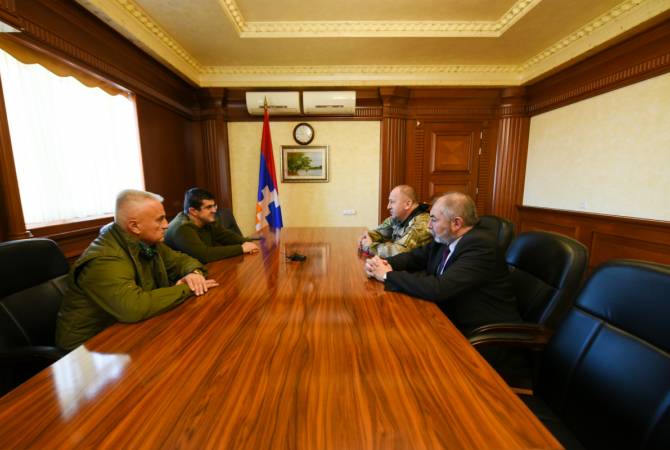 
YEREVAN, OCTOBER 27, ARMENPRESS. President of the Republic of Artsakh Arayik Harutyunyan received today head of the Union of Volunteers of Crimea, representative of the local Armenian community Armen Matoyan who arrived in Artsakh on a humanitarian mission, the Presidential Office told Armenpress.

President Harutyunyan said the joint and united fight of different communities of the Diaspora these days give a great strength and energy to those living in the Fatherland. He highlighted such visits, stating that the Armenians of Crimea as well have passed a difficult path together with the people of that country.

Armen Martoyan thanked the President of Artsakh for the warm welcome and stated that the Armenians of Crimea stand by the Artsakh people at this difficult moment.

The meeting was also attended by head of the Friends of Crimea Armenian club, president of the Constitutional Law Union party Hayk Babukhanyan and chief advisor to the Artsakh president- Ambassador at large Rudik Hyusnunts.