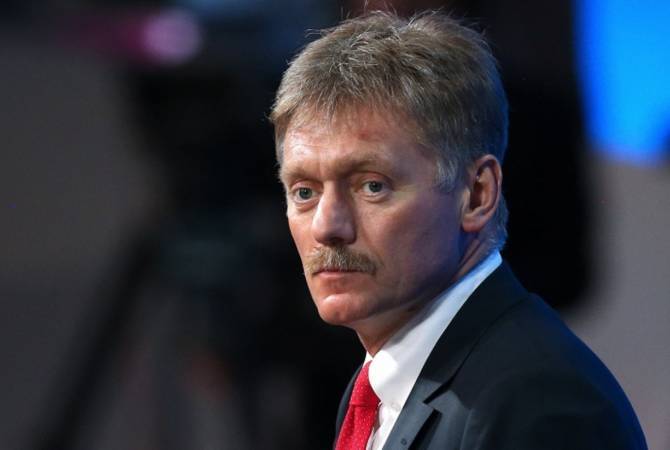 
YEREVAN, OCTOBER 26, ARMENPRESS. Moscow has said that the Nagorno Karabakh conflict resolution process should not become an “arena of competition” between Russia and the United States, TASS reported citing Kremlin spokesperson Dmitry Peskov.

“The resolution process of the Karabakh crisis, which is currently in a tense phase, should not and cannot be some arena for competition,” Peskov said when asked whether or not they think that the Unites States was able to achieve more than Russia in the direction of a resolution.

Peskov said that as an OSCE Minsk Group Co-Chair Russia is ready to welcome any step that will help stop the war.

“We now continue to closely follow the situation at the line of contact of the conflicting sides. As before, we find that there can’t be any other resolution to that problem other than a peaceful one,” Peskov said.

A new humanitarian ceasefire, facilitated by the US, was supposed to come into force at 08:00 local time on October 26. However, 45 minutes into the ceasefire the Azeri forces launched artillery strikes.

The Armenian Prime Minister Nikol Pashinyan said that despite the Azeri provocations the Armenian side continues to fully adhere to the ceasefire.