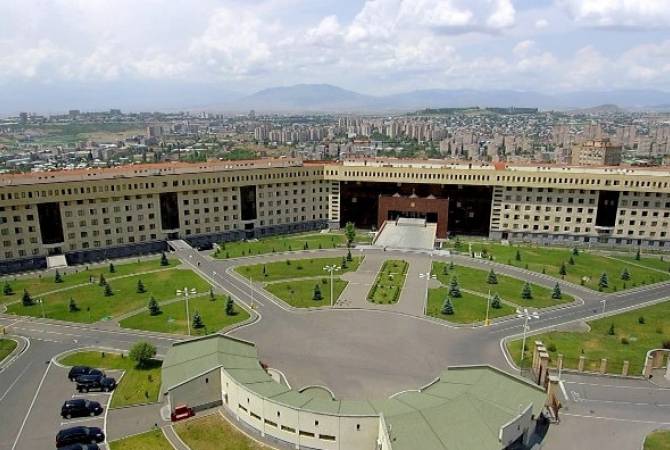 
YEREVAN, OCTOBER 26, ARMENPRESS. The Armenian Ministry of Defense reiterated that the Armenian side is strictly adhering to the humanitarian ceasefire set from 08:00 a.m. today.

“The statements of the Azerbaijani side that the Armenian side has allegedly violated the humanitarian ceasefire do not correspond to reality and are of provocative nature.

In this regard Armenia’s Ministry of Defense highlights the immediate introduction of parameters for monitoring the ceasefire and the start of the process of exchanging bodies and prisoners of war with the mediation of the ICRC,” Armenian Defense Ministry spokesperson Shushan Stepanyan said.

Another Azeri violation took place at 09:10. Azerbaijani forces fired 5 artillery shells at the Artsakh positions in the south-eastern direction.