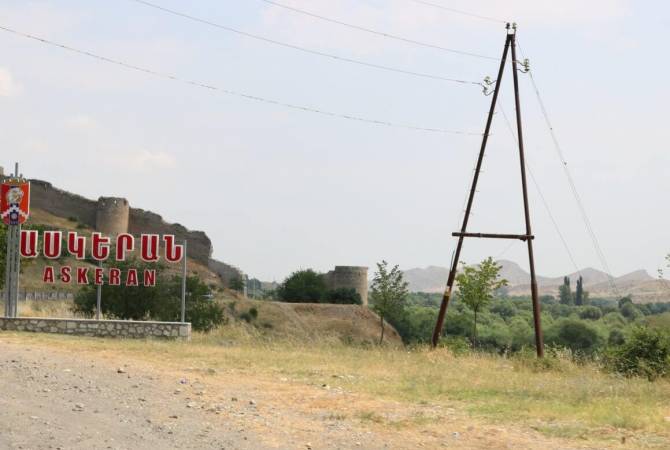 
YEREVAN, OCTOBER 25, ARMENPRESS.  Azerbaijan has bombed Madatashen village of Artsakh’s Askeran region, ARMENPRESS was informed from the State Service of the Emergency Situations of Artsakh.

‘’Askeran’s upper subregion remains in the target of Azerbaijan. Contrary to Azerbaijani claims that it does not bomb peaceful settlements , a while ago they bombed Madatashen village of Askeran region, damaging 3 residential houses and one public building. There are no casualties’’, reads the statement.

The State Service of the Emergency Situations informed that during the day the Azerbaijani forces bombed also Avetaranots, Sghnakh and Moshkhemat villages. There are no civilian casualties, the size of devastation is being clarified. The situation in other parts of Artsakh was relatively normal.