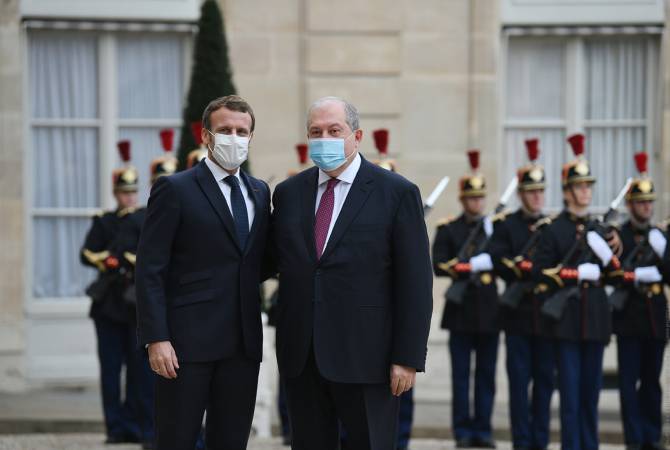 
PARIS, OCTOBER 23, ARMENPRESS. Armenian President Armen Sarkissian has met with French President Emmanuel Macron in Paris to discuss the situation in the Nagorno Karabakh conflict zone a day after he visited Brussels to meet with the NATO and EU chiefs.

Sarkissian told Macron that Armenia highly appreciates the efforts and stance of France as an OSCE Minsk Group Co-Chair and personally Macron in the NK conflict resolution issue.

The Armenian President underscored that the Turkish-backed Azeri attacks on Artsakh, including on civilians and civilian infrastructure, continues and has led to many victims among the peaceful population.

“The President of Armenia expressed deep concern over Turkey’s military-political support to Azerbaijan, stressing that such volume of Turkey’s involvement as a third party is escalating the situation even more and is jeopardizing regional stability and security,” Sarkissian’s Office said in a readout. He said that the Islamist mercenaries from terrorist organizations whom Turkey deployed to fight from the Azeri side pose a special threat to the region and these fighters could potentially end up in some other countries, including in Europe later on.

Macron also expressed concern over the ongoing military actions and the situation.

Sarkissian and Macron concurred that there is no alternative to the peaceful settlement of the NK conflict, and highlighted the need for implementing the agreements around the cessation of hostilities.

The presidents underscored the OSCE Minsk Group’s role in the resolution of the conflict and highlighted the need to return to the negotiating table as soon as possible under the Co-Chairmanship of the Minsk Group.

Sarkissian and Macron also praised the “unique Armenian-French relations that continue developing in the spirit of friendship and mutual understanding.” 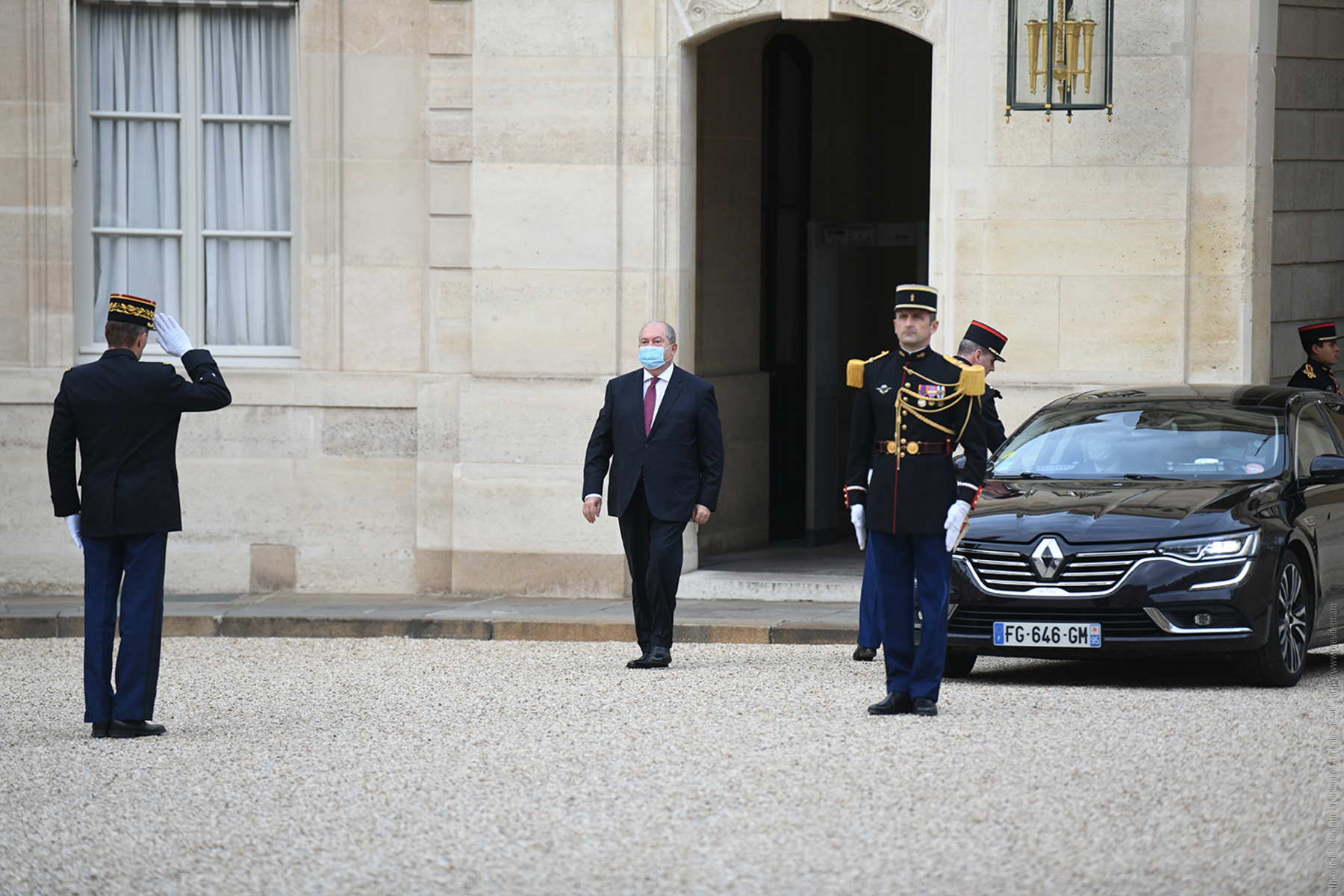 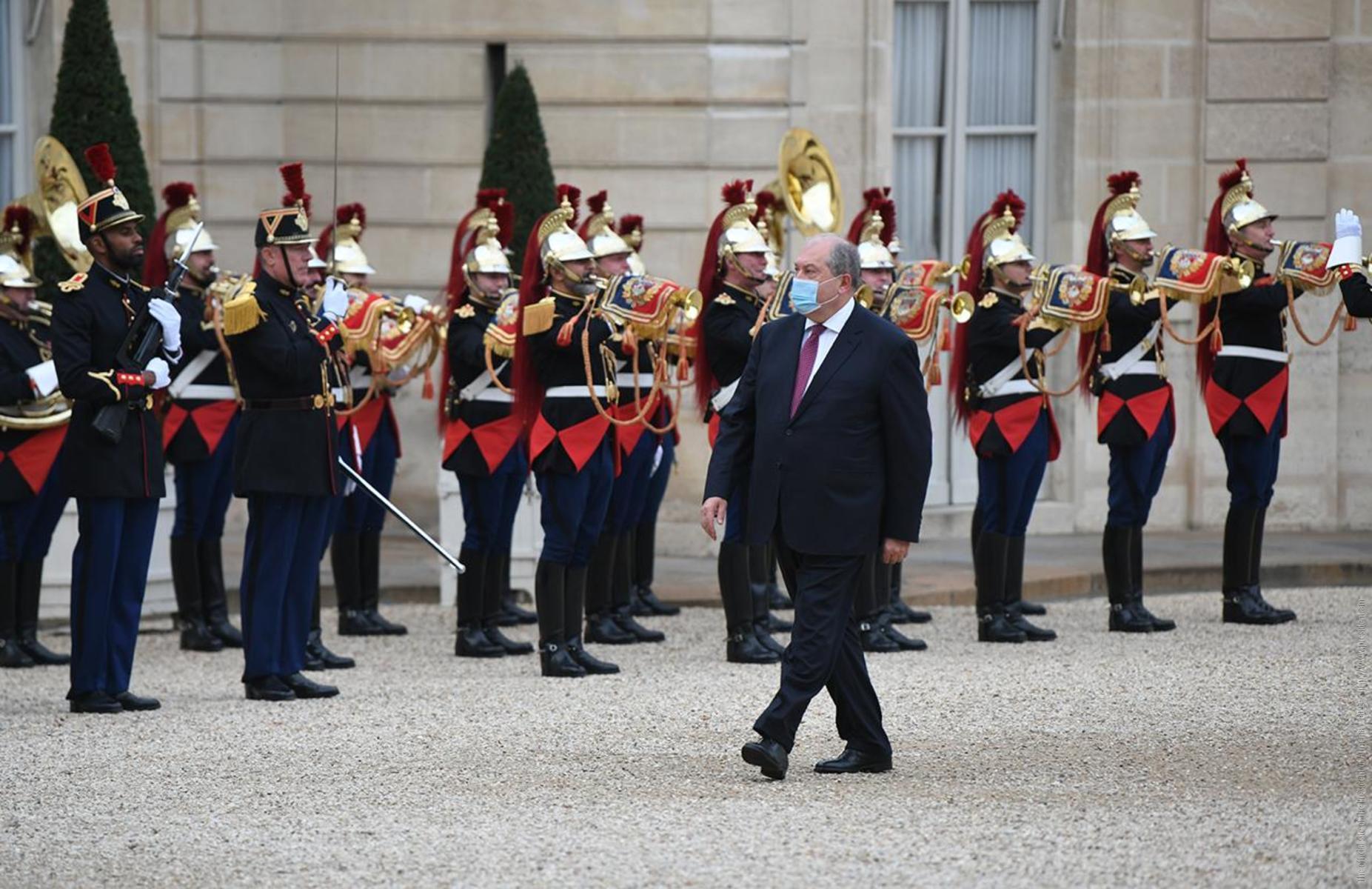 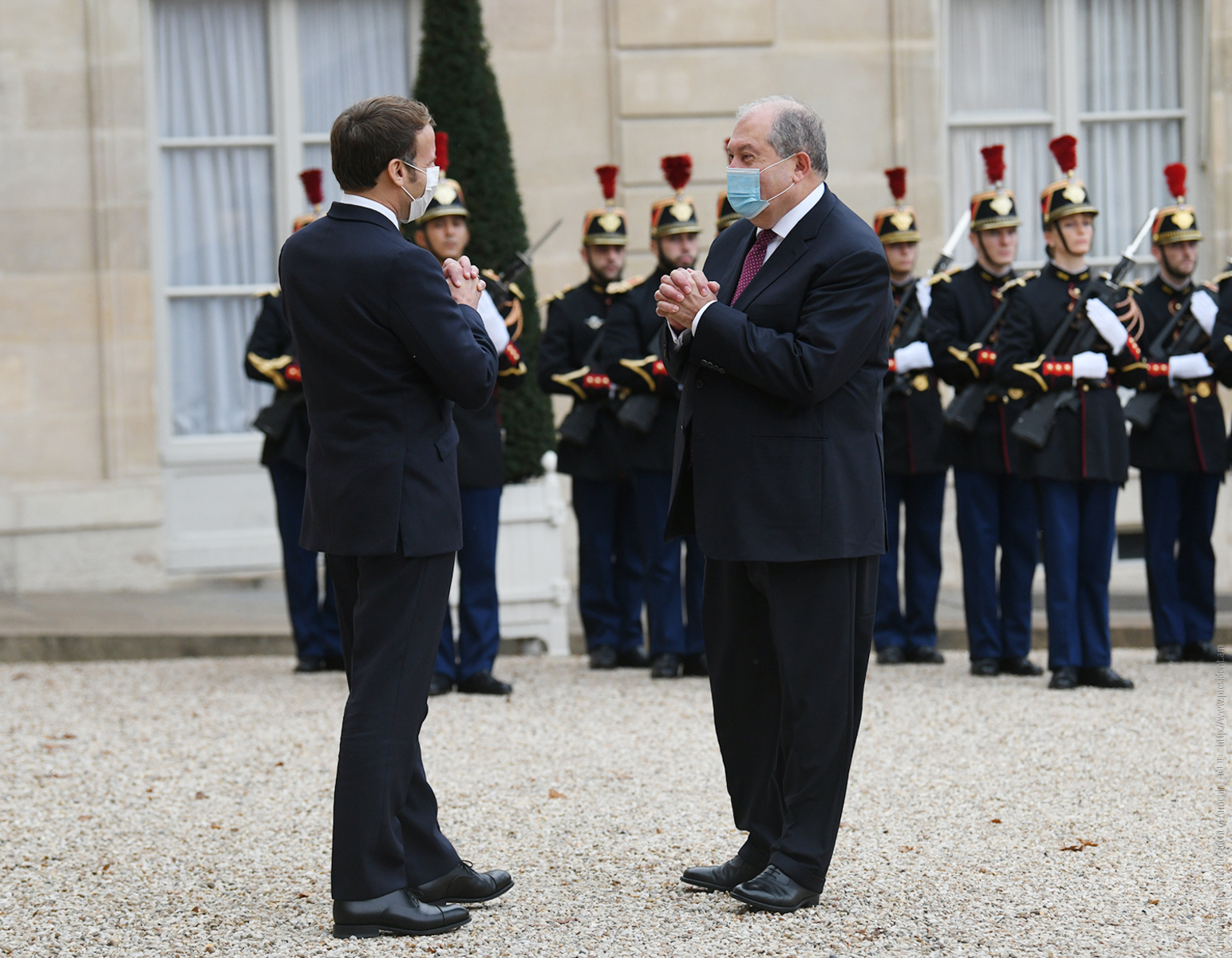 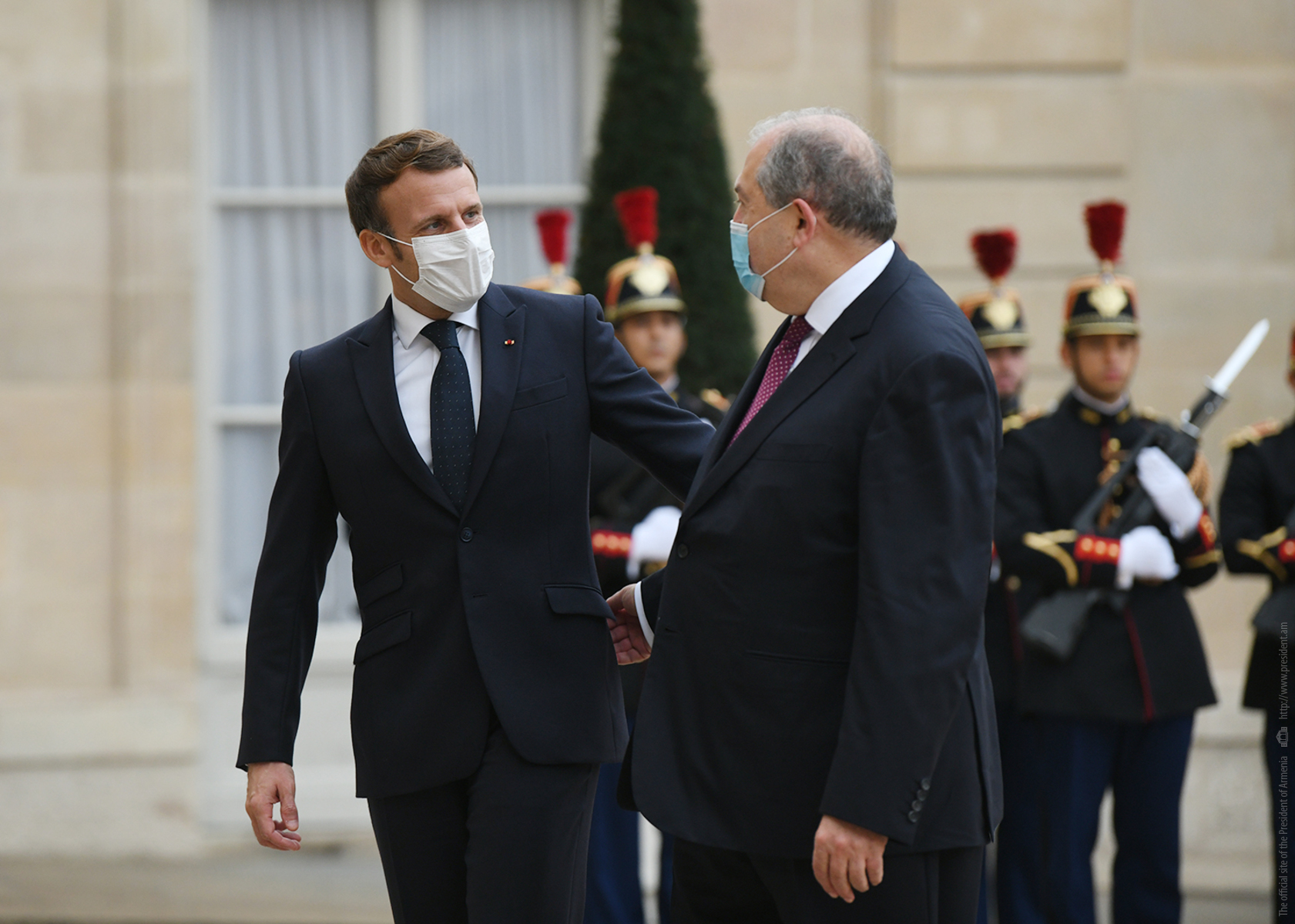 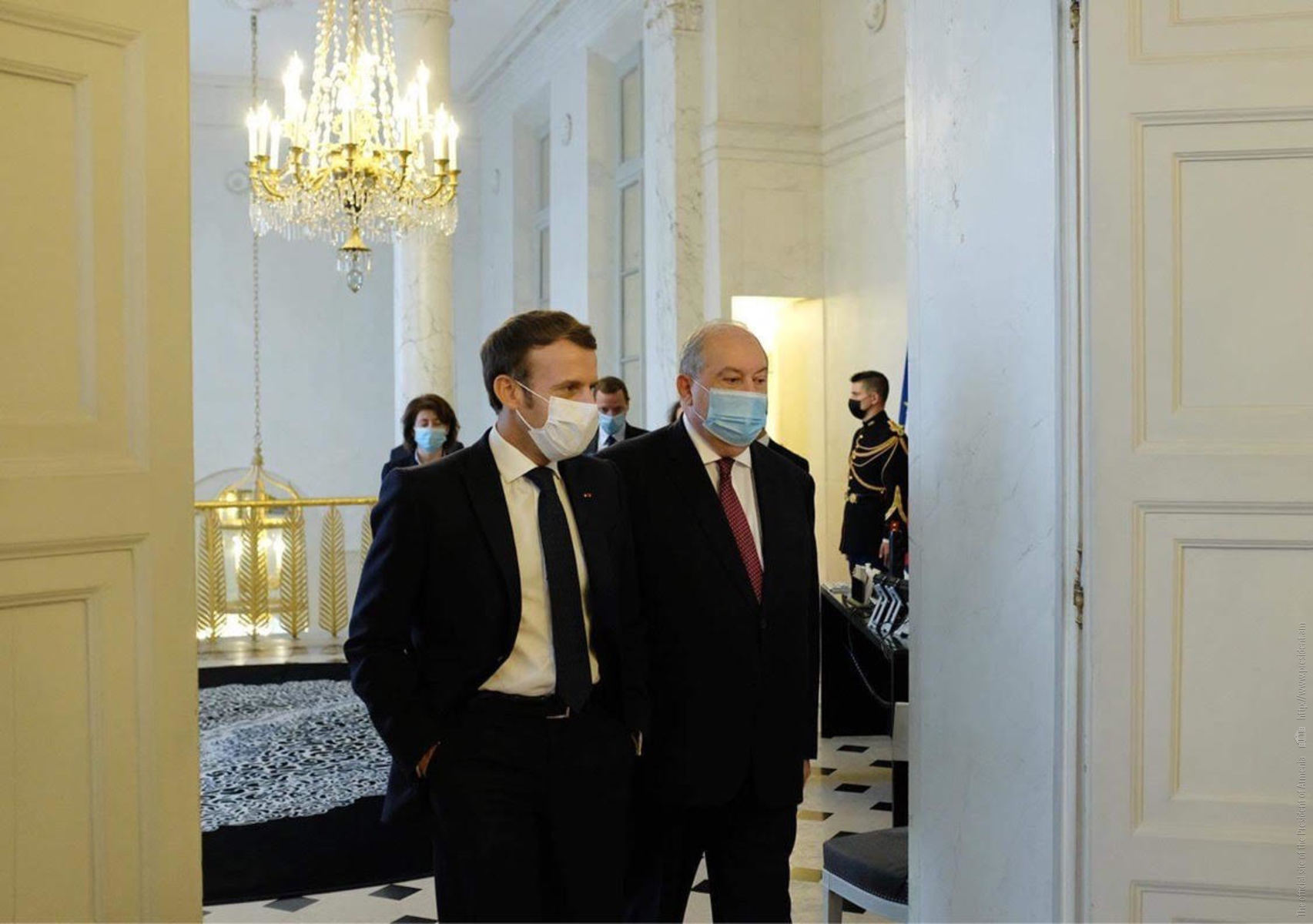 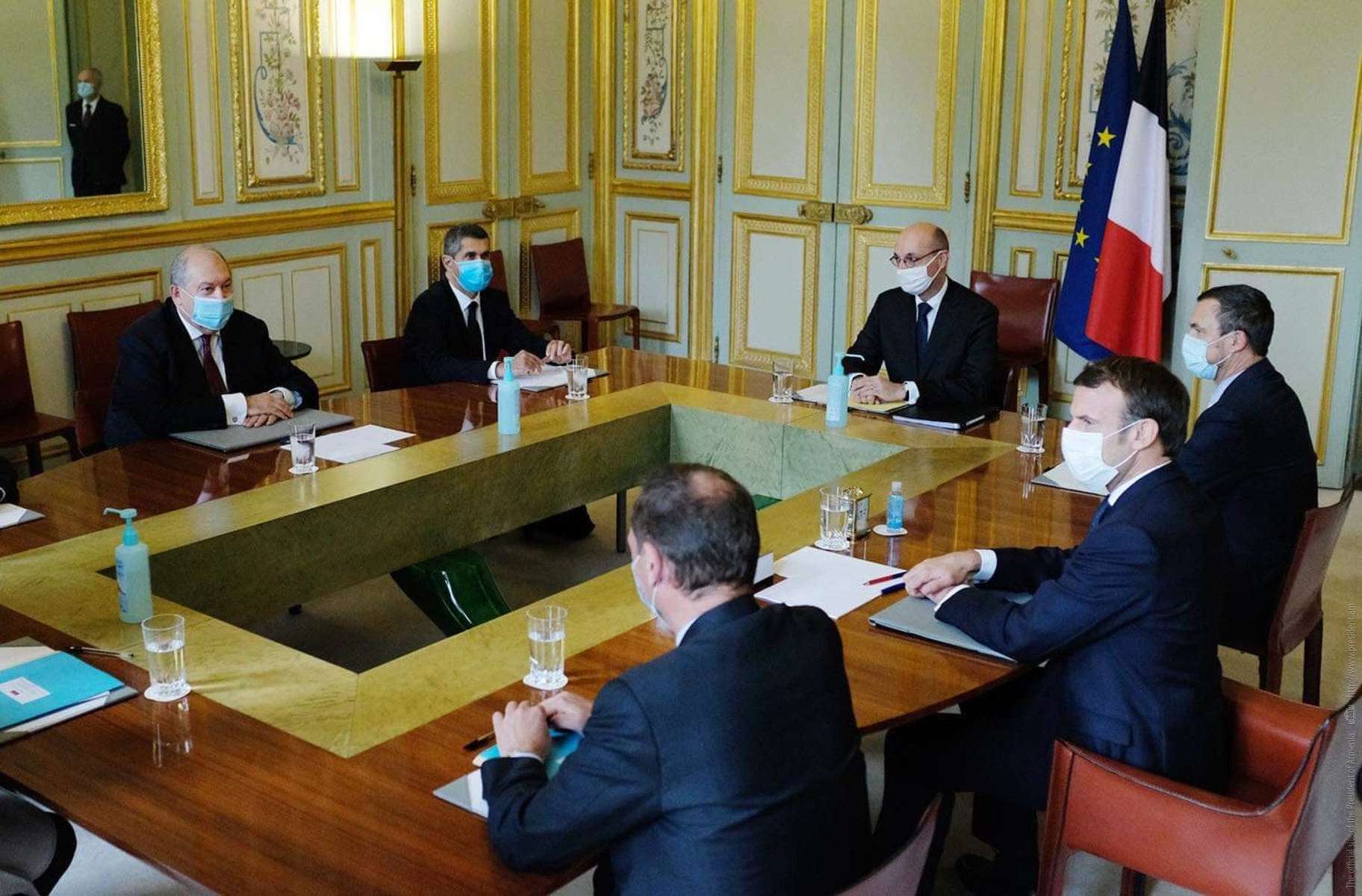