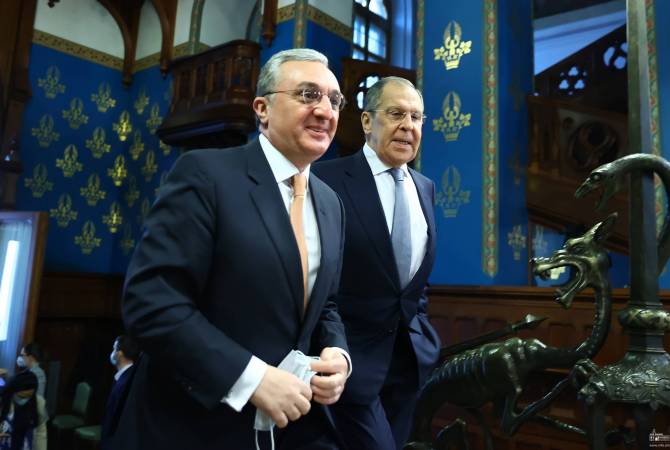 “In continuation of the telephone conversations of Russian President Vladimir Putin with the leaders of Armenia and Azerbaijan and the works being done by Russia’s mediation to cease the hostilities in the Nagorno Karabakh conflict zone, the meeting of Armenian FM Zohrab Mnatsakanyan with Russian FM Sergei Lavrov was held in Moscow on October 21.

The situation in the NK conflict zone and the issues relating to the implementation of the agreements on the ceasefire were on the meeting agenda.

Highly appreciating Russia’s and President Putin’s direct efforts on achieving agreements over the ceasefire, minister Mnatsakanyan has stated that the agreements reached are still on the paper due to Azerbaijan’s treacherous behavior and steps aimed at destabilizing the situation.

Reaffirming Armenia’s adherence to the commitments assumed by the joint Moscow statement on October 10 and the October 17 statement on cessation of hostilities, the foreign minister highlighted the establishment of stable and verifiable ceasefire as a priority goal”, the MFA said in a statement.