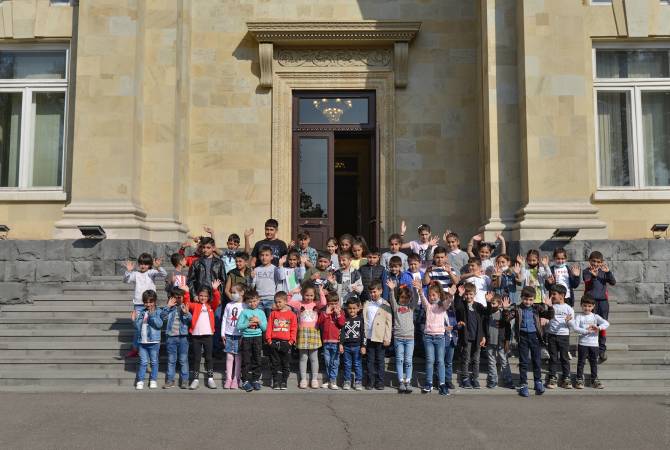 
YEREVAN, OCTOBER 20, ARMENPRESS. A group of children from Artsakh, who have temporarily settled in Armenia due to the ongoing Azerbaijani aggression against Artsakh, have been hosted at the Armenian Presidential Palace, the Presidential Office told Armenpress.

The Presidential administration has organized an event for the Artsakh kids together with the State Musical Chamber Theater after Hakob Paronyan.

Chief director of the Theater Hakob Ghazanchyan stated that such initiative is important for the children from the perspective of psychological support. He added that such events will be continuous and informed that the doors of all theaters in Armenia will be open to the Artsakh children.

He reminded that back in summer during the meeting with President, Armen Sarkissian proposed to organize performances in the presidential palace due to the restrictions in operations of theaters and other cultural facilities due to the COVID-19. “When the President made that offer, there was no war yet, the situation was peaceful. But during these war days we decided to hold a performance at the presidential place for our children of Artsakh”, he said.

After the performance the Presidential administration also handed gifts to the children.