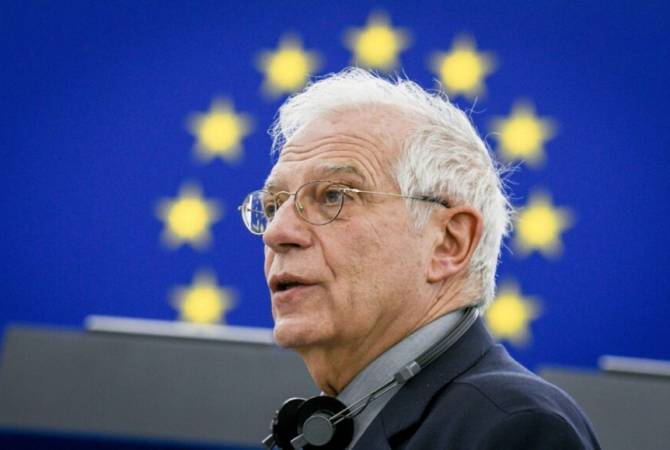 
YEREVAN, OCTOBER 18, ARMENPRESS. The European Union welcomes the joint announcement of a humanitarian ceasefire by Armenia and Azerbaijan, ARMENPRESS reports High Representative of the European Josep Borrell said in a statement.

‘’The EU deplores that, unfortunately, violations continue, with reported fighting in and around Nagorno Karabakh. This leads to more civilian suffering. It aggravates the conflict between States and respective societies, rendering the healing of wounds even more difficult. The population in Nagorno Karabakh has already experienced excessive suffering. Overall, the conflict has led to extensive and unacceptable civilian casualties. The EU strongly condemns all such attacks irrespective of their origin.

I have just called the ministers of foreign affairs of Armenia and Azerbaijan to impress upon them that the ceasefire should be unconditional and strictly respected by the two sides. I have also underlined that attacks on civilians should stop immediately. They cannot be justified. I have reiterated that the EU remains ready to support the parties and the OSCE in a long-term solution to the conflict.

The EU will continue to monitor the situation’’, reads the statement.