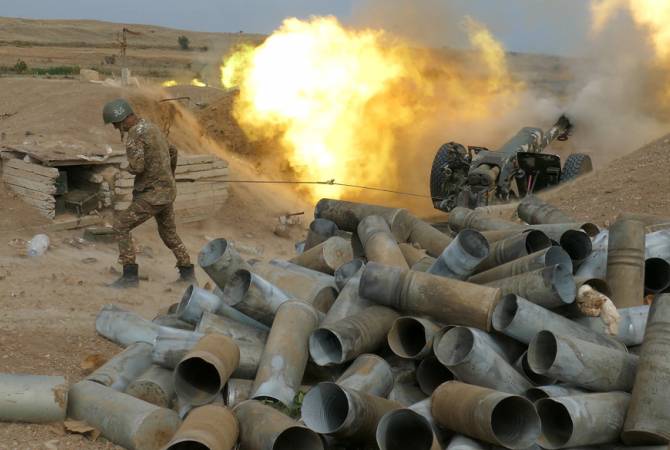 
YEREVAN, OCTOBER 16, ARMENPRESS. After carrying out intense artillery bombardments, the Azerbaijani forces launched a large-scale offensive from the northern direction of Artsakh in the early morning of October 16 with total disregard for the humanitarian truce.

The attack was repelled by the Artsakh Defense Army and the Azeri forces suffered losses, the Armenian Defense Ministry representative Artsrun Hovhannisyan said.

“After nearly an hour of intense artillery bombardment Azerbaijan launched a massive attack in the northern direction early this morning. They attempted to capture our positions with several attack waves, but were repelled and suffered significant losses due to the valor and skills of our Armenian troops,” he said.