At least 5 civilians killed by Azerbaijan in Artsakh following ceasefire 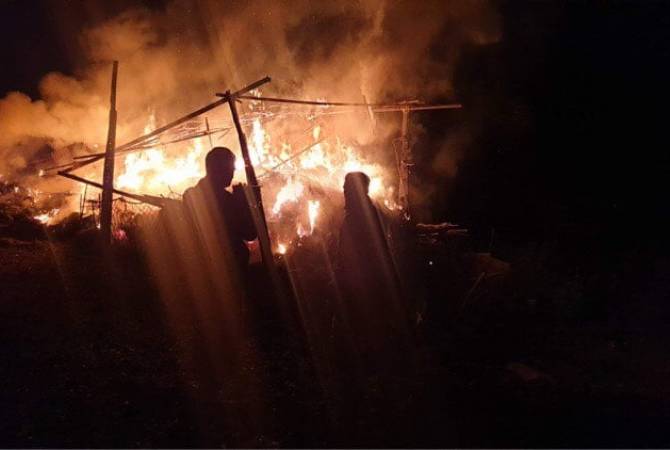 
YEREVAN, OCTOBER 11, ARMENPRESS. The Office of the Human Rights Defender of Artsakh has found out that following the entry into force of the ceasefire agreement on October 10, 12:00, at least 5 civilians have been killed in Artsakh by Azerbaijani armed forces.

As ARMENPRESS was informed from the Office of the Human Rights Defender of Artsakh, at least 4 civilians were shot dead by Azerbaijani subversive unit that infiltrated into Hadrut town before the midday. They are Misha Movsisyan (with disability), his mother Anahit Movsisyan, Never Grigoryan and Artyom Mirzoyan. There is preliminary information that there are other civilian casualties in Hadrut.

At the end of the day and during the night the Azerbaijani armed forces launched missile strikes against Artsakh’s cities and villages, including Stepanakert, Martuni, Shushi. As a result, Pargev Sadyan (75 years old) died under the ruins of his house, while a 65-year old woman was injured in Shosh village.

As a result of Azerbaijani strikes many residential houses and infrastructures were also significantly damaged. During the visit to one of the damaged houses of Stepanakert, the Human Rights Defender remains of cluster missile fired from ‘’Smerch’’ system.

The Human Rights Defender published the second interim report on the Azerbaijani atrocities on October 10.

The total number of civilian victims in Artsakh stands at 25. Over 100 are injured.