France affirms that Azerbaijan started the fighting in Karabakh 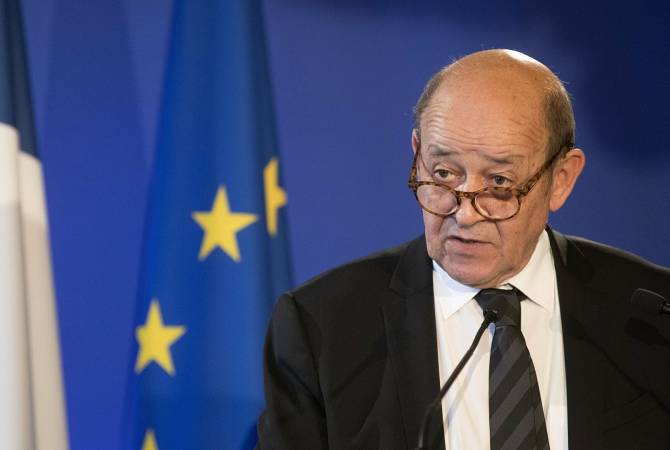 
YEREVAN, OCTOBER 8, ARMENPRESS. French foreign minister Jean-Yves Le Drian has affirmed that Azerbaijan was the one who initiated the ongoing fighting in the Nagorno Karabakh conflict zone.

“The Karabakh conflict is very serious now, and that is why our political unity is also very strong. The OSCE MG Co-Chairs have issued a joint statement calling upon the parties for a ceasefire because there are numerous civilian casualties,” the French FM said at the French parliament’s foreign affairs committee. He firmly stressed that it was Azerbaijan who launched the attack.

The French FM said the sides must be interested in establishing ceasefire without preconditions.

“You can’t say “we want ceasefire, but….”, this won’t happen. Hostilities halt, negotiations begin, in order for them to achieve agreement around a specific situation that will enable the sides to live normally,” he said, reminding about Azerbaijan’s precondition voiced days earlier.

Jean-Yves Le Drian had earlier announced that Turkey has interfered from the Azeri side in the Nagorno Karabakh military operations, and threatens to internationalize the conflict.