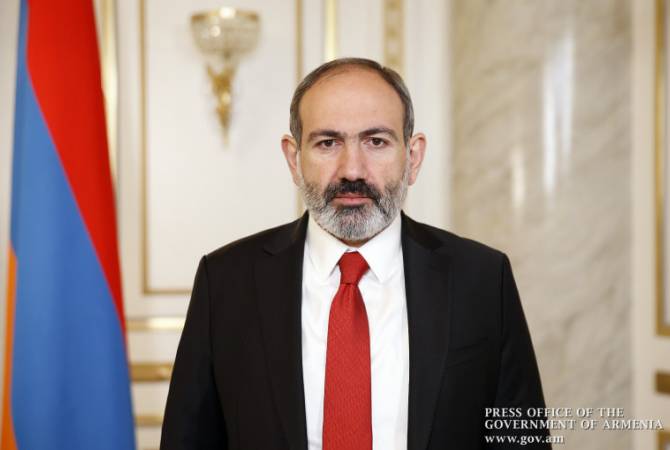 
YEREVAN, OCTOBER 3, ARMENPRESS.  Prime Minister of Armenia Nikol Pashinyan announced that the analysis of the developments of the previous day show that 150-200 soldiers of the enemy attack 1 military position of the Defense Army of Artsakh. Moreover, this kind of attacks are repeated several times during a day and are supported by missile and conventional artillery, armored vehicles, aircrafts and UAVs”, ARMENPRESS reports Prime Minister of Armenia Nikol Pashinyan said in his October 3 address to the nation.

“According to our military, in addition to the Azerbaijani army units, Syrian mercenaries and terrorists, special units of the Turkish army are involved in the attacks. We have information that 150 high level Turkish military officers are in different Azerbaijani command centers and control the military operations. What I mentioned here show how fierce clashes are taking place on the frontline’’, he said.

It’s already a week that the Defense Army of Artsakh, together with units of volunteers are fighting on the holy land of Artsakh. By now we have already suffered many casualties – military and civilian. A lot of military equipments have been destroyed, but the enemy has failed to solve any strategic task.

“The resilience with which our soldiers, officers, generals and volunteers withstand this heinous attack is unbelievable. Our soldiers and volunteers spare nothing and demonstrate unimaginable acts of heroism. Today hundreds of armored vehicles, dozens of airplanes and helicopters, hundreds of UAVs of the adversary have already been destroyed. Manpower losses of the adversary are over a few thousands. AT this moment fierce clashes continue in different parts of the frontline, in some cases the Defense Army units have appeared in rather unfavorable situation, in other places confidently keep control of the situation’’, Pashinyan said.

It’s already a week the Armenian people in Artsakh and Armenia are withstanding the terrorist attack of Turkey and Azerbaijan. The scale of the attack is unprecedented, military experts say such attacks are seldom in the 21st century.