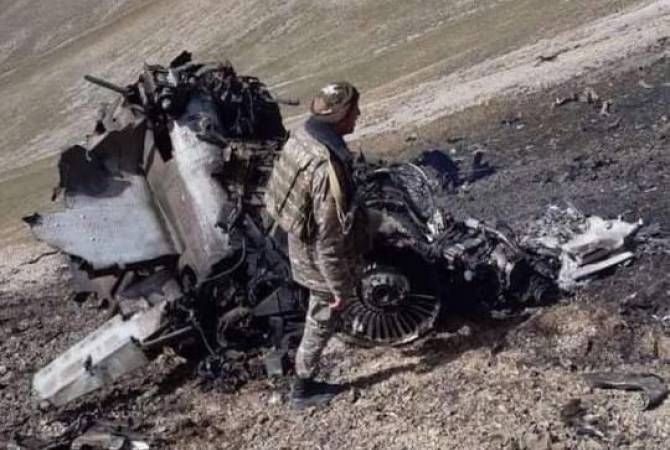 
YEREVAN, SEPTEMBER 30, ARMENPRESS. The Armenian Ministry of Defense released images of the Armenian Air Force SU-25 jet which was shot down by Turkish Air Force F-16 on September 29 in Armenian airspace.

The SU-25 was on-duty above Vardenis, Armenia and was repelling the Azeri attacks on Armenian civilian settlements in the regions.

The F-16 took off from the Azeri Gyanja airport and shot down the Armenian plane from 60km depth and 8200 meter altitude.

The pilot of the SU-25, Major Valery Danelin of the Armenian Air Force, was killed.