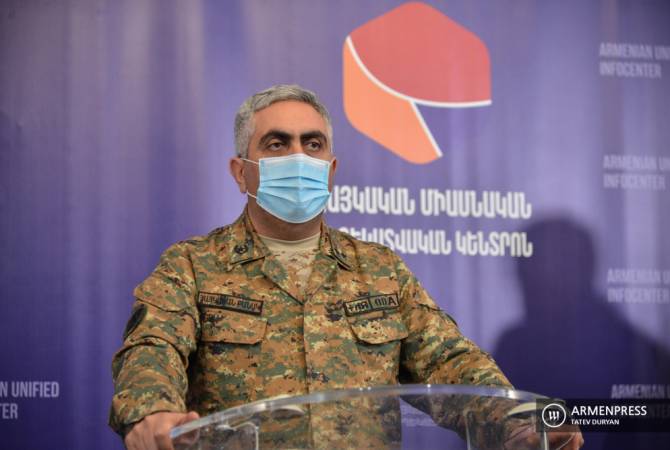 “Night battles continued taking place at the entire length of Artsakh’s border, these battles weren’t at the same intensity as the previous day. But in some places artillery bombardments happened,” he said.

He said the Azerbaijani forces have launched a massive offensive from the northern side at Artsakh, carrying out air strikes, artillery and missile strikes. Battles continue at this direction.

“We must clearly record that they are deploying various measures, including long-range precision weapons, UAVs, large number of artillery. Our armed forces units are heroically withstanding the attacks. We too have losses, we will provide additional information about the victims. The adversary suffered many losses, both manpower and armored equipment,” he said.