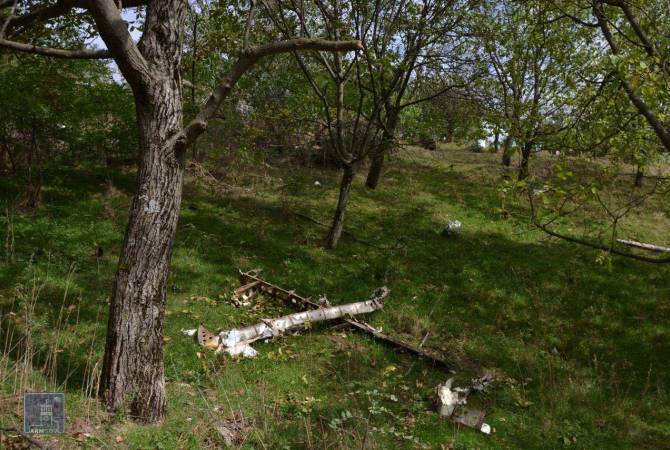 
YEREVAN, SEPTEMBER 29, ARMENPRESS. Armenian Ministry of Defense representative Artsrun Hovhannisyan reports that the Artsakh military have downed another Azerbaijani attacking UAV in the morning of September 29.

“Because this is sacred land, because we know no retreat, because volunteers aren’t giving their places at the huge queues in registration points, because the sons of Cabinet members are volunteering to join the military. I am proud of you, Armenian nation,” he said.