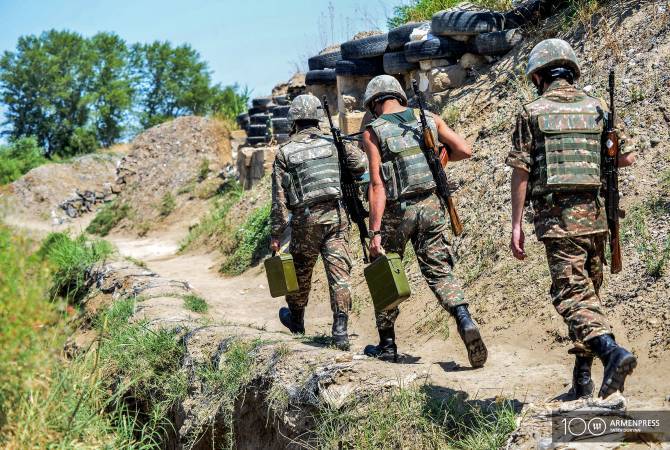 She informed that early in the morning the Artsakh Defense Army units destroyed a group of attacking Azerbaijani armored equipment.

“As of this moment the Armenian divisions have pushed back the attacks of the Azerbaijani armed forces at several directions of the line of contact, took counter measures in separate parts, causing huge losses to the adversary both in the manpower and the military equipment.

In particular, early in the morning a group of adversary’s attacking armored equipment has been destroyed (video will be available soon)”, she said.

According to the latest data, the Azerbaijani side has suffered nearly 400 human losses as a result of its aggression. The Artsakh side has destroyed a total of 4 Azerbaijani attacking helicopters, 49 UAVs, 46 tanks, armored vehicle, as well as 2 engineering armored vehicles, 47 armored equipment and 1 aircraft.