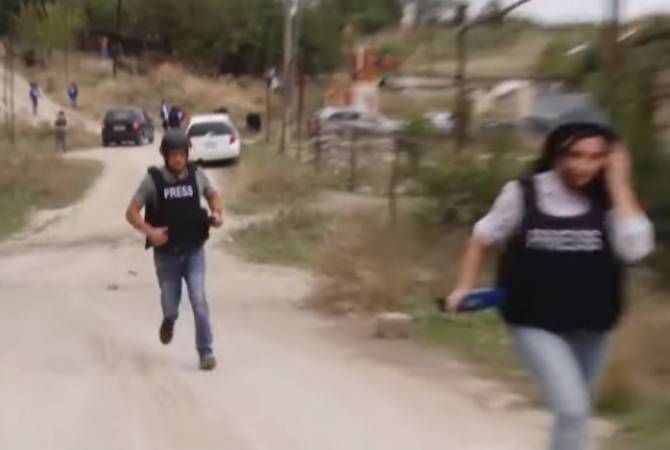 
YEREVAN, SEPTEMBER 28, ARMENPRESS. An Azerbaijani military UAV has made threatening approaches against a group of reporters currently covering the Azerbaijani attack on Artsakh in the town of Martuni, Tert.am news website’s reporter Ani Gevorgyan confirmed to ARMENPRESS.

“We were carrying out our professional duties in Martuni region. We were in one of the homes that had come under heavy artillery bombardment, where one of the family members told us that he has lost his daughter-in-law, his daughter is hospitalized and granddaughter is also wounded. Then we decided to go outside and enter another home when our cameraman shouted that a loitering munition is hovering above. One of the persons accompanying us said it is a UAV and told us to immediately seek cover. We ran away and took shelter in a home,” Gevorgyan said.