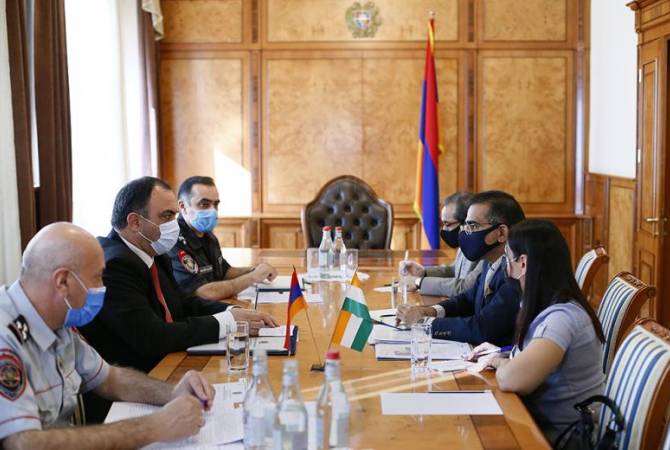 The Police Chief attached importance to the existing close cooperation between the Armenian Police and the Embassy of India, the police press service said in a readout.

Ghazaryan expressed hope that the partnership between the Armenian and Indian law enforcement agencies will further be strengthened. As an example, the Police Chief recalled the participation of Armenian police officers in training courses in India.

Ambassador Kishan Dan Dewal wished good luck in the reforms and underscored the productive cooperation between the Armenian and Indian law enforcement agencies especially within the framework of Interpol, due to which fugitives are being apprehended and brought to justice.

Other issues of mutual interest were also discussed at the meeting.