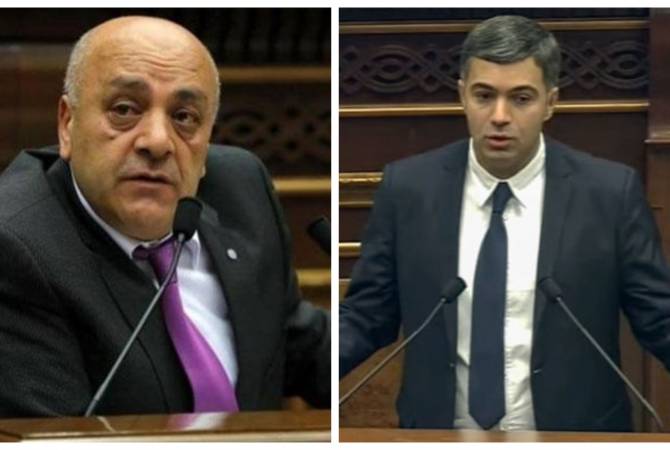 
YEREVAN, SEPTEMBER 17, ARMENPRESS. Artur Vagharshyan and Edgar Shatiryan were ceremonially sworn in as Constitutional Court justices on September 17 in parliament, days after being confirmed to the positions by lawmakers.

The third confirmed judge, Yervand Khundkaryan, will be inaugurated at a later date.