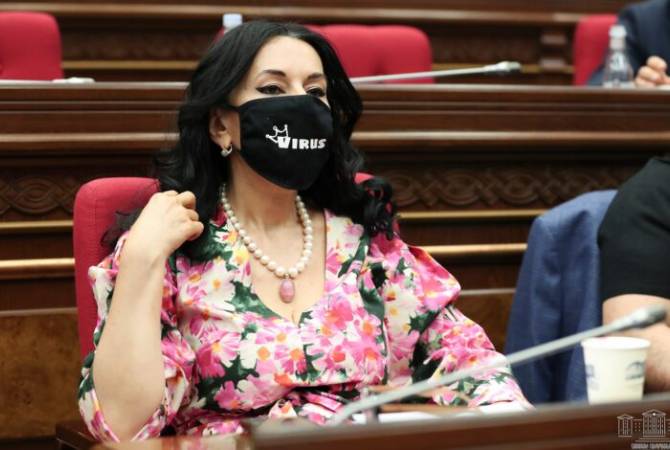 
YEREVAN, SEPTEMBER 14, ARMENPRESS. The opposition Prosperous Armenia (BHK) faction of parliament opted out from the confirmation voting of the three candidates to the Constitutional Court.

“We’ve made our decision and we won’t participate in the election of the Constitutional Court judges,” Prosperous Armenia lawmaker Naira Zohrabyan said at the September 14 plenary session. “We’ve numerously said that clear procedural violations have taken place here.”

The other opposition party, Bright Armenia (LHK), joined BHK in complaining that the candidates for the high court haven’t initiated meetings with the factions.

The three candidates – Yervand Khudkaryan, Artur Ayvazyan and Edgar Shatiryan – nominated by the General Judicial Assembly, President Armen Sarkissian and the Cabinet respectively, are presented for the positions to replace justices Felix Tokhyan, Hrant Nazaryan, and Alvina Gyulumyan, who were ousted after the parliament passed on June 22 the ruling bloc’s constitutional amendments on suspending their powers. The chief justice of the high court, Hrayr Tovmasyan, was also suspended.