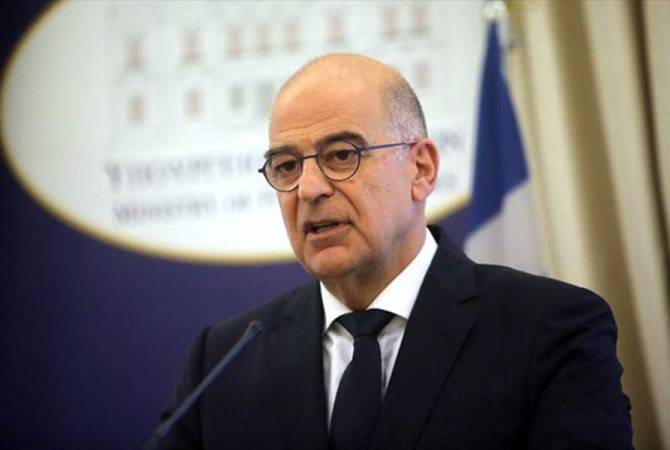 ''My colleague today arrived in Athena from Turkey, where he yesterday met with our Turkish counterpart. First of all I would like to put simple. I am will not use the opportunity of this meeting to repeat the example of Turkey of insulting a nation. We respect the Turkish nation in the same way we respect all other peoples of the world. But we unequivocally condemn the policy led by the Turkish government as the entire Europe condemns it'', Dendias said.

The Greek Minister also reminded the first namaz (prayer) at Hagia Sophia , during which head of the Turkey's Directorate of Religious Affairs Ali Erbaş reminded about 1453 year with a sword in his hands, when Constantinople was conquered by the Turks.

''Europe, deprived of the ability to speak, watches the religious leader again conquering Hagia Sophia with the neo-Ottoman sword in his hands. There is the impression that Turkey again returns to 15-16 centuries'', the Foreign Minister of Greece said, emphasizing that Europe has to consolidate when the sovereignty of any of its Member-States is violated.