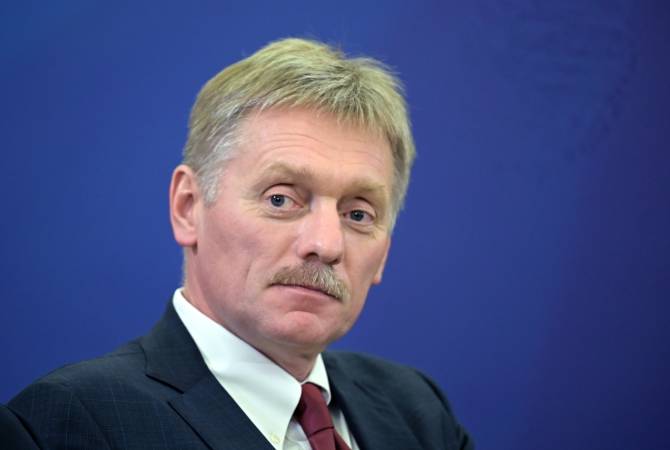 
YEREVAN, JULY 20, ARMENPRESS. Russia hopes that the situation on the Armenia-Azerbaijan border will be solved as soon as possible, and the emotional background around this conflict will return to its normal course, Russian presidential spokesperson Dmitry Peskov said, commenting on the rumors according to which the Armenian-Azerbaijani conflict has affected Russia’s trade market.

Peskov said many Armenians and Azerbaijanis live in Moscow and Russia in general, they have Russian passports and are citizens of Russia, respective members of the society. “But obviously, the escalation on the Armenian-Azerbaijani border could not make these citizens indifferent, and of course, they are showing emotionally their reaction”, he said.

Trucks loaded with Armenian goods were removed from Moscow’s Food City market in the night of July 16. There were alarms that the goods are already being spoiled. There were some suspicions that Azerbaijanis stand behind this action and later it was confirmed as one of the owners of the market is an ethnic Azerbaijani. On July 18 hundreds of Russian-Armenians started buying all Armenian apricots existing in the trucks.