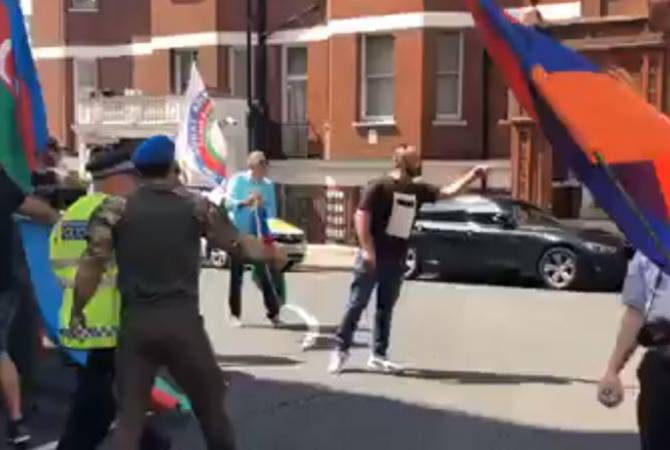 
YEREVAN, JULY 17, ARMENPRESS. A clash has occurred between Armenians and Azerbaijanis in downtown London which has been provoked by Azerbaijanis, Primate of the Armenian Diocese in the UK and Ireland, Bishop Hovakim Manukyan told Armenpress.

No Armenian was injured in the incident. The situation is calm now.

“There are no injuries on our side, but as for that in the Azerbaijani side I don’t know. At the moment the situation is calm”, he said, adding that an Azerbaijani woman, who provoked the clash, was trying to seize the Armenian signboard.

The clash occurred near the Armenian Embassy in London.