Eduardo Eurnekian to provide $250,000 in aid to Armenian government for fighting COVID-19 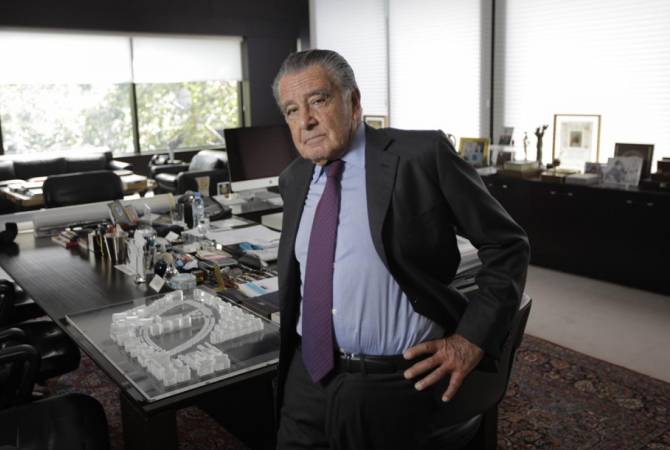 Eduardo Eurnekian is one of the wealthiest people in South America. Eduardo Eurnekian, the son of Armenian immigrants to Argentina, first delved into the textiles industry, then the cable TV business in the 1980s. He added to his media portfolio, buying radio stations, newspapers, and a TV channel. In the 1990s, he netted $750 million with the sale of cable TV firm Cablevision, as a wave of privatization brought capital into Argentina. In the late 1990s, he led a consortium that secured a 30-year concession to build and operate Argentina's airports. Today, he and partners have a portfolio of more than 50 airports in multiple countries with reported revenues of $2 billion, including the first privately operated airports in Brazil. After Argentina's economic crash in 2001, he bought assets through his Corporacion America, a holding company that owns more than 260,000 acres of land dedicated to crops, cattle and vineyards. It also owns an infrastructure development company, a chip factory called Unitech Blue, a biodiesel production facility, and land in Armenia used for fruit production and wine.

On September 21, 2017 Eduardo Eurnekian has been bestowed with the title of the National Hero of Armenia.