Why Do Iranian Politicians Make a Noise ? The Expert on Iranian Affairs Comments 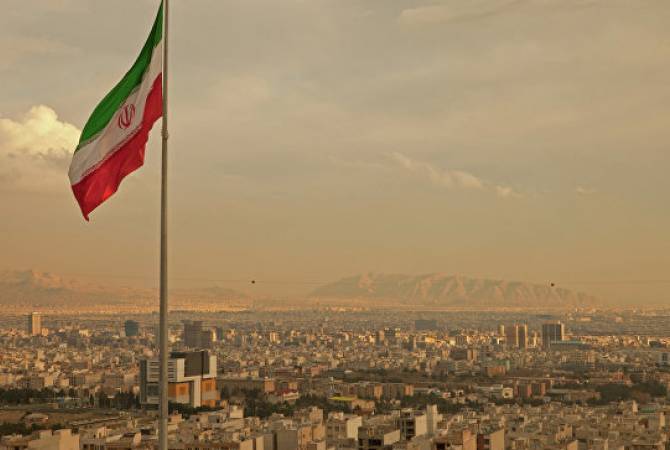 
In the recent days, a number of Iranian high-level officials, politicans, public figures and media agencies actively comment on the RA decision to open an embassy in Israel.  Iranian figures, condemning the official Yerevan’s decision, call to review it. The first to comment on the topic was Iranian Parliament Speaker's Aide Hossein Amir-Abdollahian, who declared that the opening of the embassy in Tel Aviv will have a negative impact on the security of the region.

Armenpress have talked with the expert on the Iranian affairs Zhanna Vardanyan on the topic.

-How will you explain the manipulations by some Iranian MPs and number of media agencies on the topic of opening the embassy of Armenia in Israel.

-Iran is very sensitive to the activities demonstrated by its opponents Israel and the United States in the region and especially in the neighboring countries. From time to time we have witnessed the same reaction towards Azerbaijan’s relations with Israel on the background of weapon purchases. The same reaction was  expressed during the visit of the US president’s adviser John Bolton to the region.

During Bolton’s visit, Yerevan once more proved that in contrast to the other neighbors, is a transparent and reliable partner for Tehran. Despite the difficult situation around Iran, Armenia always supported the friendly relations with the neighboring country, while in  case of emergencies helped the neighboring people. Taking this into consideration, the convulsions among some circles in Iran are irrelevant and give an impression of being directed by the third side, or worse, it can be ordered.

-Can one  assume  from your comments that such a  reaction  by the Iranian side is possibly a directed anti-Armenian campaign. If, yes, what is its aim?

-The first remarkble reaction was the statement of the Iranian Parliament Speaker's Aide Hossein Amir-Abdollahian, which was followed by the publications of Iranian popular media agencies. It shows that there were some direction and coordination. Before that, a limited number of marginal, pro-Azerbaijani and not so popular Iranian media agencies touched the topic, they still continue to keep the topic active these days. The Turkic-speaking circles also refered to the topic, which are famous for their pro-Azerbaijani stance.

What refers to Hossein Amir-Abdollahian, it should be stated that he is from the conservative group, the other members of which also commented on the topic. And the popular media agencies, which published critical articles on the topic, are also conservative ones. And  it is not a secret that the conservatives have tougher rethoric on the issues relating to Israel.

I want to conclude that such reactions are mainly in the context of Iranian internal politics and do not have a foreign track. Particularly, the government of Iran and the ones who come up with these critical statements are from different political fronts. And possible the conservatives gather dividents against reformists at the expense of Armenia, which is still unaccaptable and  is not in the interests of bilateral relations.

-What impact can such a course have on Armenian-Iranian relations?

-The majority of Iran's newly elected Parliament are conservatives. In addition, in 2021, presidential elections will be held in this country. According to the preliminary estimates, a conservative candidate will winagain. And if the conservatives continue to make such statements, it will again be necessary at different levels to present them Armenia's policy towards neighboring states.

Armenian-Iranian relations are bilateral relations and should not be conditioned by a third party. Armenia, like Iran, forms its foreign cooperation based solely on its own interests.

Moreover, if Armenia excludes actions against Iran in its relations with Israel, then it is logical to expect such an approach from Iran as well. Armenia understands Tehran's friendly and neighboring relations with Baku, but Yerevan does not accept the rare anti-Armenian demonstrations in them. It hasn't been once, that, for example, exhibitions dedicated to the so-called "Khojaly genocide", conferences dedicated to the "theme of the liberation of Karabakh", anti-Armenian statements etc. were made in Iran.

Statements on the Artsakh conflict made at various meetings in the Iran-Azerbaijan-Turkey format are also unacceptable to Armenia. Such behavior of friendly Iran and participation in such initiatives does not follow the logic of bilateral friendship.

On the other hand, we have common interests with Iran in the region, including on the issue of "coming danger from Israel".  It is not a secret that Azerbaijan buys a significant part of its weapons from Israel. These weapons can be used not only against the armed forces of the Armenian states, but also against Iran, and there was such a precedent.

Tehran's concern is that neighboring countries won't turn into an anti-Iranian platform. In case of Armenia, such concerns are inappropriate, taking into consideration historically –proved  friendship of the two neighboring states.

Armenia will not take actions that will harm relations with Iran. However, Armenia itself decides what kind of relations it will have with other countries. I am sure that such inappropriate convulsions by some Iranian circles can not leave a trace on the millennial friendship of the two peoples.