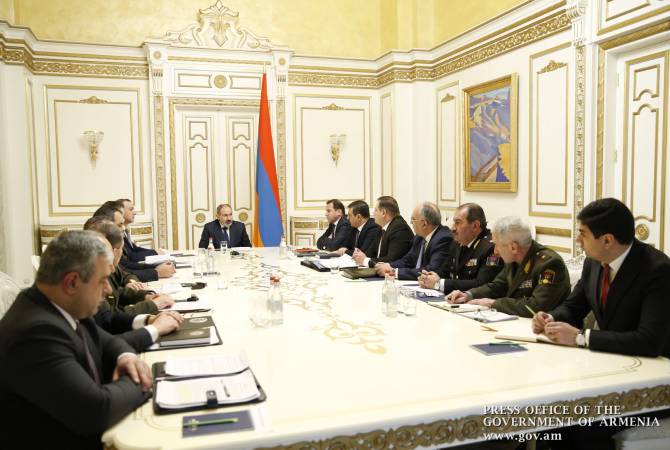 
YEREVAN, FEBRUARY 17, ARMENPRESS. Prime Minister Nikol Pashinyan has convened a consultation to discuss the circumstances and causes of the recent fatalities in the Armed Forces, the Prime Minister’s Office said.

“The circumstances and causes of the death cases that have taken place recently in the Armed Forces were addressed in detail. Those in-charge reported about the process of the initiated criminal cases. Prime Minister Pashinyan prioritized the solution related to the criminal subculture and discipline in the Armed Forces and underscored the need to implement coherent measures in the direction of sharply raising the level of discipline, issuing respective directives to those in-charge,” the Prime Minister’s Office said in a news release.