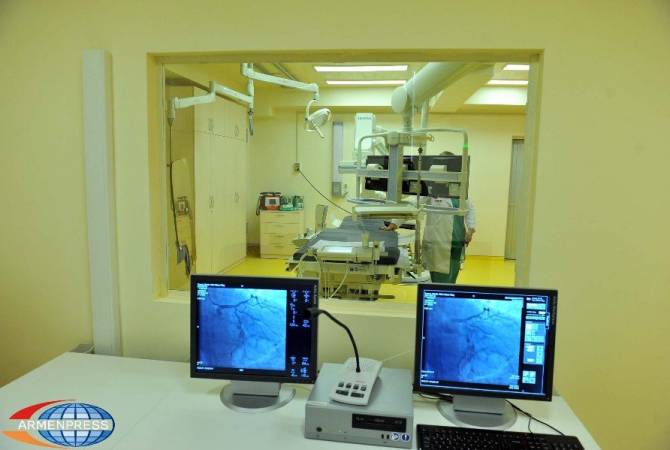 
YEREVAN, JANUARY 29, ARMENPRESS. Two Chinese nationals are under medical supervision in an isolation ward in Armenia after one of them developed a 37 degree fever and was not allowed to cross into Georgia at the border. Medics are currently evaluating their condition and carrying out lung x-rays to determine if they have pneumonia, Liana Torosyan, the head of the Department of Infectious Disease Epidemiology at the National Center for Disease Control and Prevention said at a news conference.

The two were traveling on a bus.

“All passengers on board the bus, both Chinese and other nationals, have been screened for fever three times. One of the Chinese passengers had no fever and is currently under medical supervision. The other one had only 37 degree fever and is currently undergoing lung screening. Let’s see what the screening tests will show, but right now both of them are doing fine. But nevertheless they will remain in isolation under medical supervision”, Torosyan said.

Torosyan said they don’t rule out that it may be a false alarm and the Chinese national simply has fever due to the seasonal flu.  She said the tourists came to Armenia from Georgia.

She said the tests can only show whether or not the suspected cases have pneumonia. Torosyan said Armenia doesn’t currently have the lab capacity to test for the novel coronovirus. In the event of suspicion, samples will be sent to European labs.