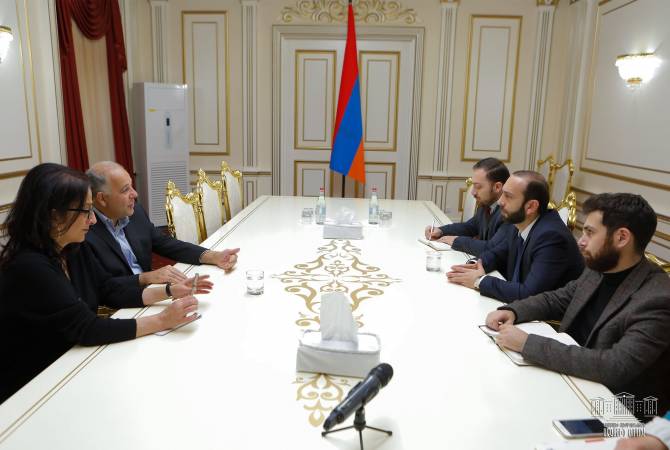 
YEREVAN, DECEMBER 13, ARMENPRESS. President of the National Assembly of Armenia Ararat Mirzoyan received on December 13 Co-chair of the Board of Trustees of Armenian Assembly of America Anthony Barsamian and regional director Arpi Vardanyan.

As ARMENRESS was informed from the press service of the parliament of Armenia, the guests and Ararat Mirzoyan congratulated each other on the occasion of the adoption of the resolution recognizing and condemning the Armenian Genocide by the U.S. Senate.