Armenia thanks US lawmakers for Armenian Genocide recognition 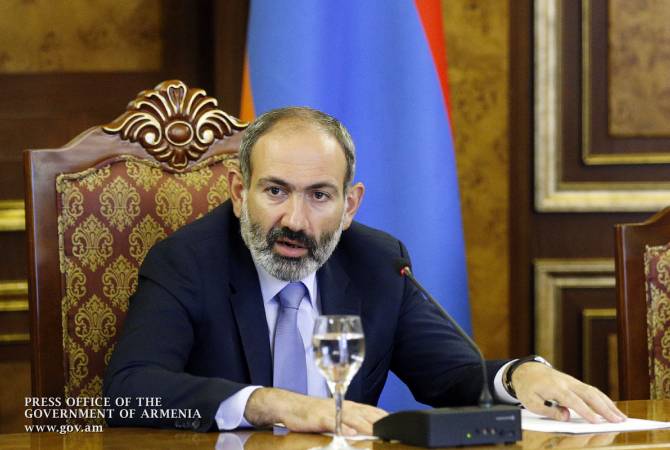 
YEREVAN, DECEMBER 13, ARMENPRESS. Armenian Prime Minister Nikol Pashinyan has thanked US lawmakers for the passage of the bills on recognizing and condemning the Armenian Genocide.

“Yesterday a very important and historic event took place, the US Senate unanimously recognized the Armenian Genocide, adopted a resolution recognizing and condemning the genocide, and on  behalf of the Armenian people I would like to address words of appreciation to all members of the US Senate, also members of the House of Representatives. In late October, the House of Representatives had also adopted a resolution on recognizing the Armenian Genocide. And I would like to address words of appreciation to the Armenians of the United States, to all the organizations and individuals who’ve had contribution in this important and historic decision, and to congratulate the Armenian people on the occasion of this historic victory of truth, which is opening a new chapter of the Armenian Genocide international recognition and is bringing this process to a new level,” Pashinyan said at a meeting with government officials.

He noted that Armenia has numerously stated that the international recognition of the Armenian Genocide is important not only in terms of recording historic truth, but also as an important component of the global movement for preventing genocides.

On December 12, the U.S. Senate unanimously adopted S.Res.150, an Armenian National Committee of America (ANCA)-backed measure that locks in ongoing U.S. recognition of the Armenian Genocide.