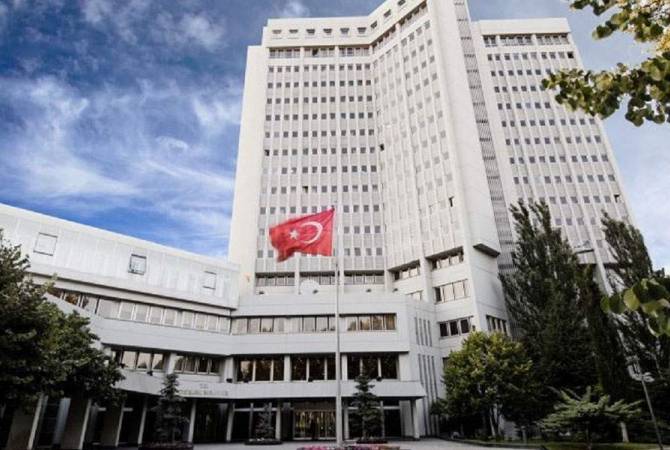 
YEREVAN, DECEMBER 13, ARMENPRESS. Turkey has responded to the US Senate’s recognition of the Armenian Genocide, lambasting American Senators for “exploiting” and “politicizing” history.

“The resolution adopted by the U.S. Senate on 12 December 2019 on the events of 1915 is devoid of historical awareness and any legal base. The resolution itself is neither legally binding nor valid.

This resolution of the Senate is one of the disgraceful examples of politicisation of history. However, those who exploit history by disregarding reality for their political interests will never achieve their aims.

This resolution, at the same time, is a damaging effort aiming at interrupting the endeavors to develop Turkish-U.S. relations.

Turkey’s efforts to protect her vital interests in the region will resolutely continue without being affected from such unjust and tactless resolutions”, the Turkish foreign ministry said in a statement.

On December 12, the U.S. Senate unanimously adopted S.Res.150, an Armenian National Committee of America (ANCA)-backed measure that locks in ongoing U.S. recognition of the Armenian Genocide.

Armenia hailed the Senate passage of the bill, with PM Nikol Pashinyan tweeting : “US Senate Resolution 150 is a victory of justice and truth. On behalf of the Armenian people worldwide, I express our profound appreciation to the Senate for this landmark legislation”.