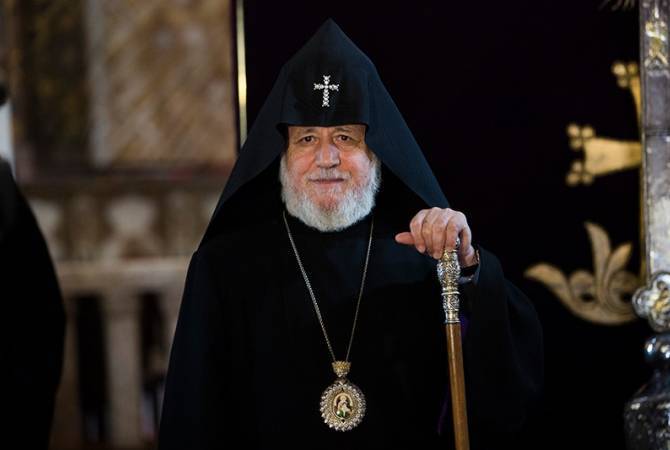 
YEREVAN, DECEMBER 13, ARMENPRESS. His Holiness Garegin II, Supreme Patriarch and Catholicos of All Armenians, welcomed the December 12 passage of the Armenian Genocide recognition resolution by the US Senate, the Mother See of Holy Etchmiadzin told Armenpress.

“We were informed with praise about this decisive step of the US Senate which is an important point in the fight for restoring historical justice towards our people.

We appreciate the US Senate members and the Senators who authored the resolution who showed their justified behavior for the benefit of the Armenian people and overcoming the heavy consequences of the Armenian Genocide by opening the new historical page of our demand.

We also welcome the patriotic activity of all our national institutions and dedicated persons of so many years for the international recognition and condemnation of the Armenian Genocide and encourage this responsible commitment. We have a lot to do to reach our national dreams.

Our prayer is that God keeps the life of all humanity in peace, free of tragedies and disasters like the Armenian Genocide, for the sake of calm future of all nations”, His Holiness Garegin II said in a statement.

The US Senate struck a historic blow on December 12 against Turkey’s century-long obstruction of justice for the Armenian Genocide, unanimously adopting S.Res.150, an Armenian National Committee of America (ANCA)-backed measure that locks in ongoing US recognition of this crime.