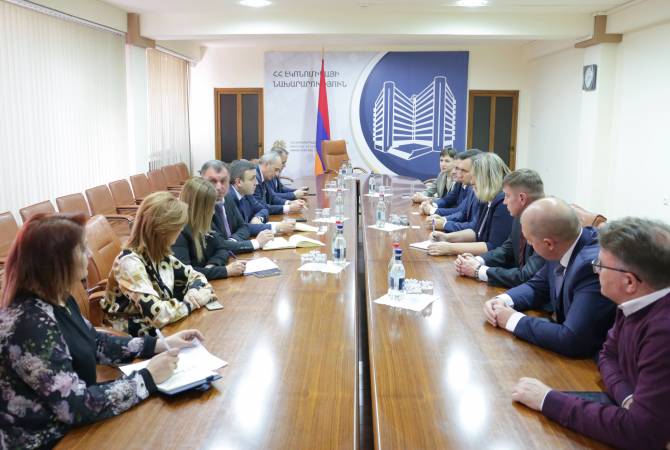 The delegation included state officials of the Tula Oblast, representatives from the spheres of industry, tourism, ecology, science and culture.

At the meeting the Russian delegation members introduced the opportunities of Tula Oblast with the goal to implement mutually beneficial cooperation programs in the commercial sector. In particular, they presented the production potential of Mehcmash company, a number of projects by tourism and cultural companies that would be interesting to the Armenian side.

Deputy minister Simonyan thanked the Russian partners for introducing the programs and stated that the ministry is ready to assist to implement joint investment programs. He suggested to consider the possibility of signing a respective document relating to the trade-economic field which will give a new impetus to the cooperation with Tula Oblast contributing to deepening and expanding the ties.