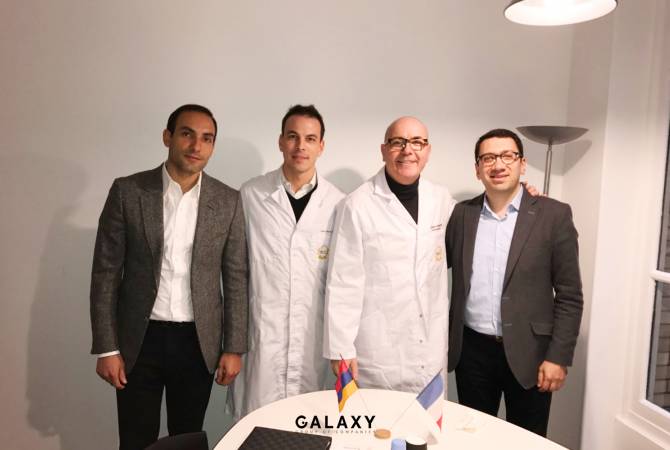 
YEREVAN, DECEMBER 10, ARMENPRESS. PAUL, the famous French bakery & café brand is coming to Armenia soon. The famous bakery operates cafes in 46 countries around the world. The Galaxy Group of Companies signed an agreement with representatives of PAUL International after more than two years of intensive negotiations. The agreement stipulates that five PAUL cafes will open in Armenia in the next few years, which will create some 200 new jobs.

“PAUL is an important project for us; it will create new benchmarks and bring new quality into the Armenian market. The HoReCa sector is especially important for the Galaxy Group of Companies. For many years, we bring innovations, challenge the rules of the game in this industry, and PAUL is yet another achievement for us. This 130-years-old brand is an entire philosophy that teaches the French “arts de vivre”, the art and lifestyle of enjoying the life’s small pleasures,” said Artyom Khachatryan, the PAUL project leader and the cofounder of Galaxy Group of Companies.

Established in 1889 in Croix, in Northern France, the celebrated PAUL brand is built on a legacy of passion for excellence exemplified by traditional artisan production methods passed down over five generations, carefully selected fresh ingredients, polished presentation and unsurpassed quality. PAUL International is currently run by the 4th and 5th generation of descendants of Francis Holder, the company’s founder. They personally monitor the whole process from the selection of grains to customer service. PAUL is committed to ensuring its prices are accessible for all to enjoy a true taste of France every day.

“I look forward to PAUL’s arrival to Armenia”, said Jonathan Lacote, the Ambassador of France in Armenia joining this important announcement.

PAUL is the third large international project announced by Galaxy Group of Companies in 2019. The first project was launched in the beginning of the year, when Galaxy Group of Companies announced the construction of Innovation and Technologies Park. The second project was the official start of the Courtyard by Marriott hotel and apartment complex in the summer of 2019.

Galaxy Group of Companies was established in 1999 by Aram, Gurgen and Artyom Khachatryan. In the 20 years of operations, Galaxy managed to transform itself from a team of 30 people to the largest employer in Armenia, with about 3,000 highly paid staff members and more than 800,000 subscribers and customers. Galaxy Group of Companies is engaged in more than 10 sectors in 3 countries. Santa Fe and Pahest33 café-restaurants, which are the leaders in the service industry, continue to play an important role in Galaxy’s portfolio.