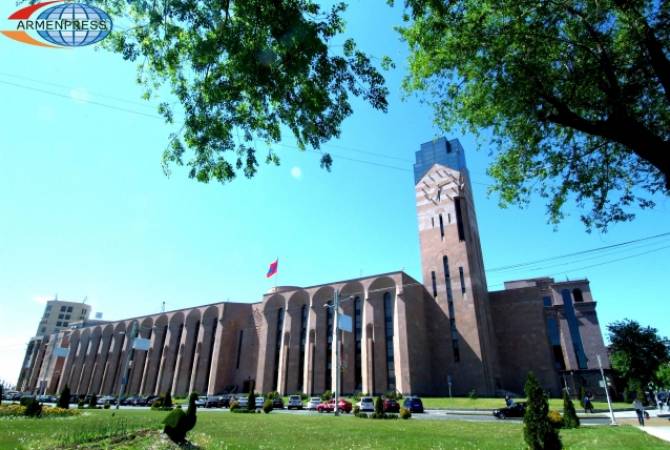 
YEREVAN, DECEMBER 9, ARMENPRESS. By the instruction of the Mayor of Yerevan the cases of dumping medical wastes in undetermined places by medical establishments were considered. During the working meeting the Mayor was reported that 21 violations had been revealed as a result of inspections and administrative cases were initiated, ARMENPRESS was informed from the press service of Yerevan Municipality.

Proper organization of building sites and sanitary norms are required by the decision of the Council of Elders of Yerevan. The Mayor of the capital instructed to ensure keeping determined norms. Hayk Marutyan also instructed to strengthen the control and forbid movement of trucks with open backs transporting building materials in the capital.

The results of the planned incomes gathered in the period from January to November of 2019 have been summarized. The budget performance for incomes has made up 100.5 %. The actual rate of the collection has increased by AMD 3 billion 236 million in comparison with the same period of the previous year.

To ensure townspeople’s security code locks are installed on the front doors of blocks of flats in teamwork with condominiums. 218 code locks have been installed so far.