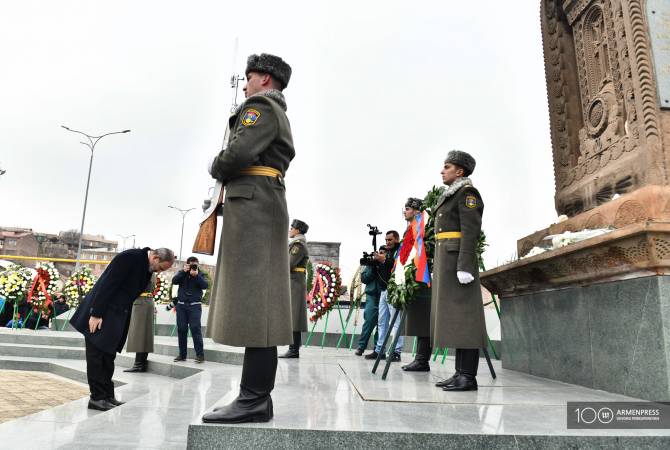 
SPITAK, DECEMBER 7, ARMENPRESS. Prime Minister Nikol Pashinyan, together with Cabinet members and other government officials, visited the town of Spitak Saturday morning to pay tribute to the victims of the 1988 earthquake. December 7 is the 31st anniversary of the devastating tremor which killed tens of thousands.

Mayor of Spitak Gagik Sahakyan told reporters that they still have lots to do to solve the housing problems for the victims of the earthquake.

“The families who lost apartments in buildings and who were included in the state programs, all have received compensations. Many of them received compensations during Soviet years in rubles, but when the Soviet Union collapsed the money stayed in the banks. Today, overall, 1200 families still live in temporary houses in Spitak”, the mayor said. He said the government is currently discussing a solution.