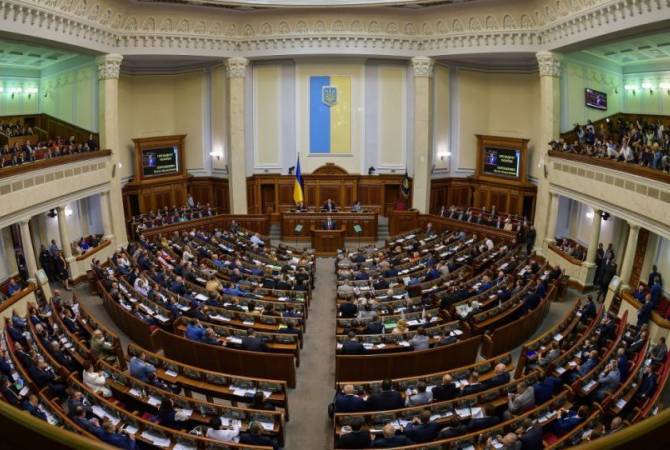 
YEREVAN, OCTOBER 19, ARMENPRESS. A parliamentary group on the inter-parliamentary ties with Armenia has been created in the Verkhovna Rada (parliament) of Ukraine on October 18, AnalitikaUA.net reported.

The group will be chaired by the ruling “Servant of the People” faction MP Artem Dmytruk.

The group consists of 12 lawmakers.

Chair of the Union of Armenians of Ukraine Vilen Shatvoryan welcomed the creation of the group, stating that the productive and dynamic relations of Armenia and Ukraine are in the interests of the two countries.

Shatvoryan said he sees great prospects in strengthening the political relations between Kiev and Yerevan. “Parliamentary diplomacy is an important resource of the foreign policy work. I am confident that the intensification of cooperation between the parliamentary group can become a major impetus for the development of the partnership of the two countries”, he said, adding that the Union of Armenians of Ukraine will continue to maximally develop the relations between Armenia and Ukraine.