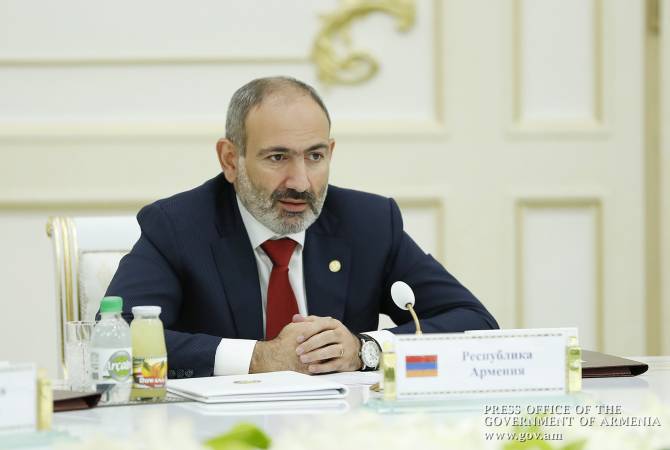 
YEREVAN, OCTOBER 11, ARMENPRESS. Armenia welcomes any initiative which is directed for deepening the economic cooperation within the CIS states, as well as expanding the integration processes, Prime Minister Nikol Pashinyan said at the session of the CIS Council of Heads of State in Ashgabat, Turkmenistan on October 11.

The PM thanked the President of Turkmenistan and the Turkmen partners for organizing the session at a high level and for the warm welcome.

“I am very impressed with Ashgabat, with its wonderful architecture. I am visiting here for the first time. I want to express my gratitude to Turkmenistan for the work carried out during the chairmanship in the CIS aimed at the development of the organization. Your productive work has been reflected in the agenda issues of our cooperation”, Pashinyan said.

He said Armenia welcomes the declaration on economic, strategic cooperation and supports any initiative aimed at deepening the economic partnership, expanding the integration processes within the CIS states. The document outlines key strategic goals for the cooperation which can be achieved through a coordinated and consistent work both at the bilateral and multilateral formats.

Among the agenda issues Pashinyan highlighted the joint address to the CIS peoples, the international community on the 75th anniversary of the Great Patriotic Victory.

“It’s very important to inform our youth in our countries and elsewhere about the key role our peoples have played in the fight against fascism. According to various estimates, nearly 300.000 Armenians were killed during that years”, Pashinyan said. He noted that Armenia supports any constructive step aimed at objective coverage of these historical events, as well as opposes all those attempts of subjective interpretation.