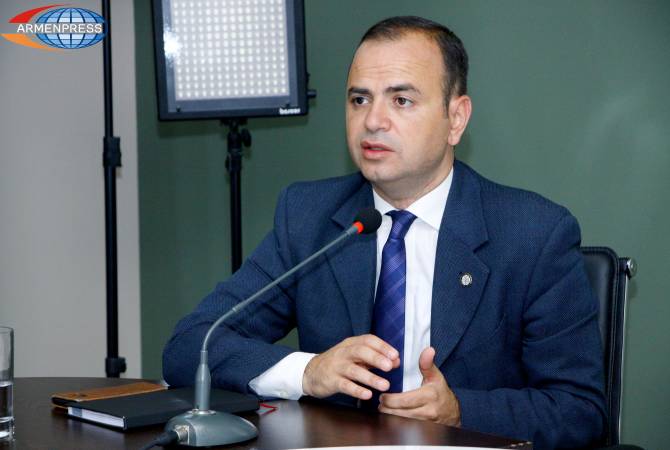 Mr. Sinanian, are you in contact with the Armenian community of Syria and our diplomatic representatives regarding the Turkish military offensive in the Syrian territory? What updates do you have?

Do you have information on how many Armenians are living in the areas where Turkey is conducting military operations? Do you have contact with these families? Are there already Armenian families who have left these areas?

Taking into account that the Armenian community previously faced humanitarian issues due to military operations in Syria, what programs is the Office of the High Commissioner of Diaspora Affairs planning at this stage relating other possible developments?

Turkey launched a military offensive in northern Syria on October 9.

The Armenian Ministry of Foreign Affairs released the following statement today, condemning the Turkish invasion: “Armenia condemns the military invasion by Turkey in north-east Syria, which would lead to deterioration of regional security, losses among civilians, mass displacement and eventually to a new humanitarian crisis. The plight of ethnic and religious minorities is of particular concern.

This military invasion also creates an imminent threat of identity based grave and massive violations of human rights.

Armenia supports the unity and sovereignty of Syria and urges to refrain from military offensive against Syria and its people. Armenia will continue to provide humanitarian assistance to the friendly people of Syria on the ground”.