“If environmental risks are manageable, there is no harm” – authorities on Amulsar project | ARMENPRESS Armenian News Agency

“If environmental risks are manageable, there is no harm” – authorities on Amulsar project 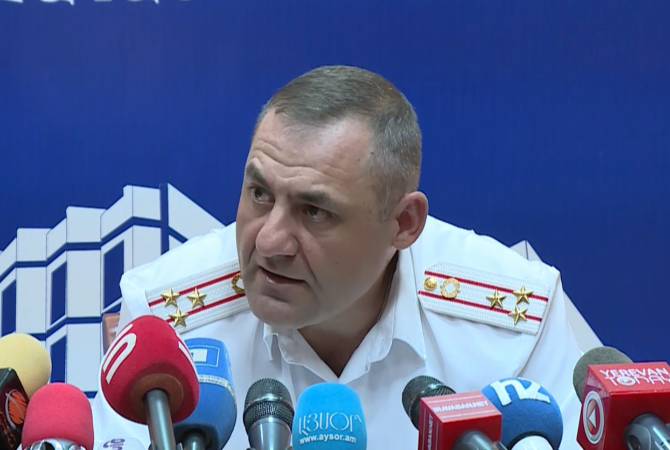 
YEREVAN, AUGUST 26, ARMENPRESS. The Investigative Committee of Armenia says Lydian Armenia’s planned mitigation measures during the potential operation of the Amulsar Project are assessed as reasonable and appropriate by experts of ELARD, the company which conducted an environmental impact assessment of the project.

Yura Ivanyan, top detective in the Amulsar case and Head of the Corruption, Property Crime and Cybercrime Division of the General Department of Investigations at the Investigative Committee delivered a news conference today on the matter.

A journalist quoted a part from the ELARD conclusion whereby the assessments are flawed, conclusions are unreliable and therefore it is impossible to answer whether or not the Amulsar Project’s operation can be considered to be safe.

Ivanyan responded by saying that the mitigation system which will prevent existing risks are to be focused on.

“The mitigation measures which Lydian Armenia has planned have been assessed by experts as reasonable and adequate. At the same time additional measures have been brought forward, and experts state that if this entire system is implemented properly then the environmental risks will be manageable. If environmental risks will be manageable, it means that there is no harm,” he said.

Earlier Ivanyan had said that there are no grounds to continue the criminal investigation into the Amulsar project. The announcement was made after ELARD published its EIA report.

On August 19th, Armenian Prime Minister Nikol Pashinyan announced that the Government intends to allow Lydian International to continue the Amulsar project. The decision was based on the conclusion of an environmental audit conducted by ELARD. Pashinyan emphasized that the project will be operated strictly in adherence to high environmental standards.

But on August 21 the PM requested the Ministry of Environment to study the conclusion and determine whether or not another Environmental Impact Assessment is required before a final decision is made.

The Amulsar Project is a gold mining project by Lydian Armenia, the Armenian subsidiary of Lydian International.