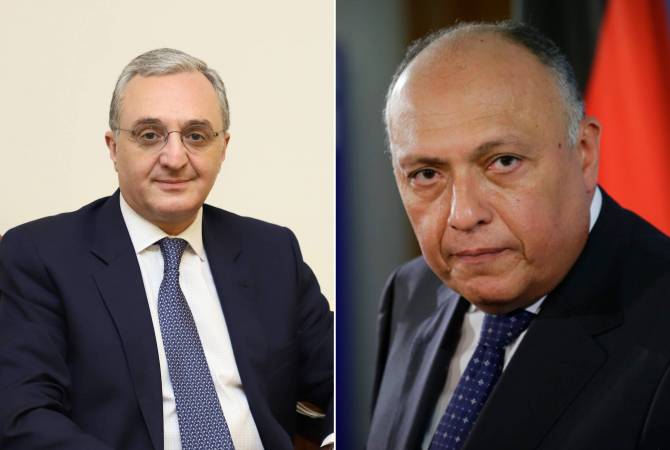 
YEREVAN, AUGUST 22, ARMENPRESS. Armenian FM Zohrab Mnatsakanyan had a phone call with Egypt’s FM Sameh Shoukry on August 21 during which the sides discussed the bilateral agenda, the foreign ministry said in a news release.

“The interlocutors were pleased to note that productive cooperation in both bilateral and multilateral formats exists between the two countries. The Armenian FM reiterated Armenia’s support to Egypt regarding the EEU-Egypt Free Trade Agreement negotiations,” the foreign ministry said in a news release.