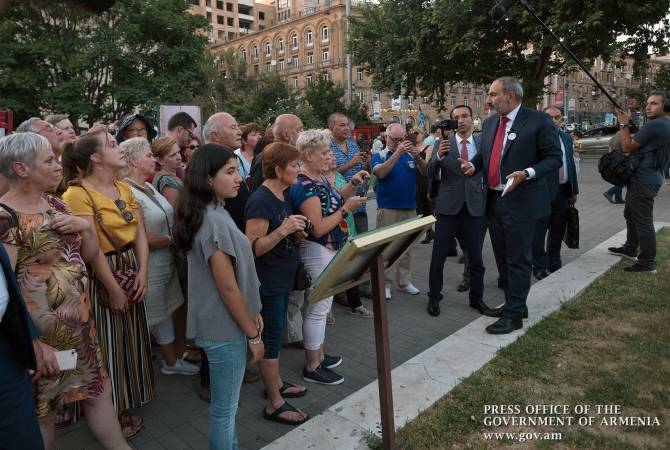 
YEREVAN, AUGUST 16, ARMENPRESS. The Ministry of Economy’s Tourism Committee is launching the “The Prime Minister is Your Guide” campaign.

On August 14th, Prime Minister of Armenia Nikol Pashinyan surprised foreign tourists in Yerevan by personally showing them around the Armenian capital and then hosted the Dutch and Russian tourists in the government headquarters.

The Tourism Committee had planned the bus route for the tour beforehand, although the tourists were unaware that the prime minister himself will be their guide.

At the government headquarters, the Winemakers and Viticulture Foundation of Armenia has organized a wine-tasting event for the tourists.

The Tourism Committee said it is launching the “The Prime Minister is Your Guide” advertisement video which will promote Armenian tourism.