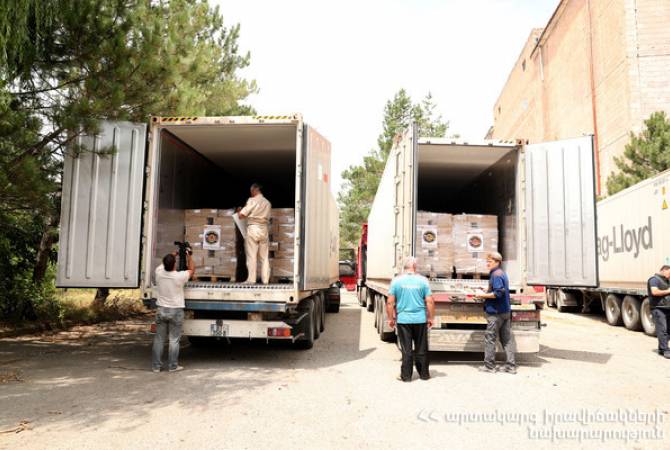 
YEREVAN, AUGUST 13, ARMENPRESS. Armenia and Russia have jointly sent another batch of humanitarian assistance to Syria through the Russian-Armenian Humanitarian Response Center, the Ministry of Emergency Situations said in a news release.

“The humanitarian aid is envisaged for the Syrian population who was affected as a consequence of the military conflict,” the news release said.

Minister of Emergency Situations of Armenia Felix Tsolakyan personally reviewed the cargo before dispatching it.

The Armenian-Russian team will deliver the cargo to representatives of the Syrian Red Crescent, which will distribute it further.