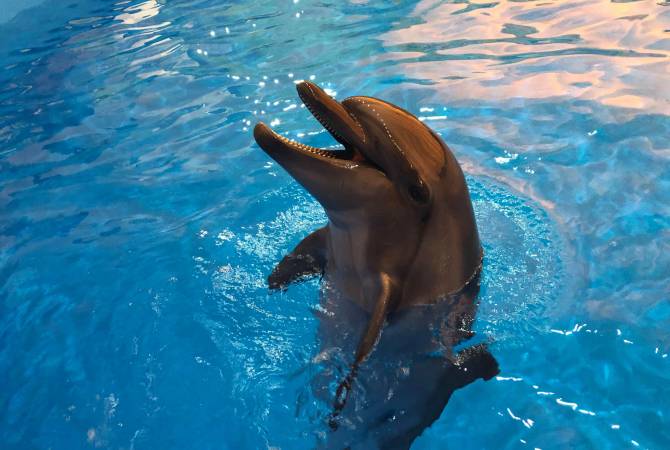 The 300-seat dolphinarium is already ready to host guests, and personnel are carrying out final trainings with the animals.

The dolphins are Sasha and Ksyusha, 12 and 9 year-old Common bottlenose dolphins born and raised in an aquarium in Sochi, Russia. A 5-year-old sea lion has also been brought to accompany the duo. The facility has been sponsored by Gagik Petrosyan, a Russia-based businessman originally from Gyumri. Petrosyan is quite experienced in the matter as he runs similar facilities in Russia, Ukraine and Iran also.

Personnel say the dolphinarium has all required conditions for the animals.