Artsakh is Armenia and there is no alternative – Pashinyan 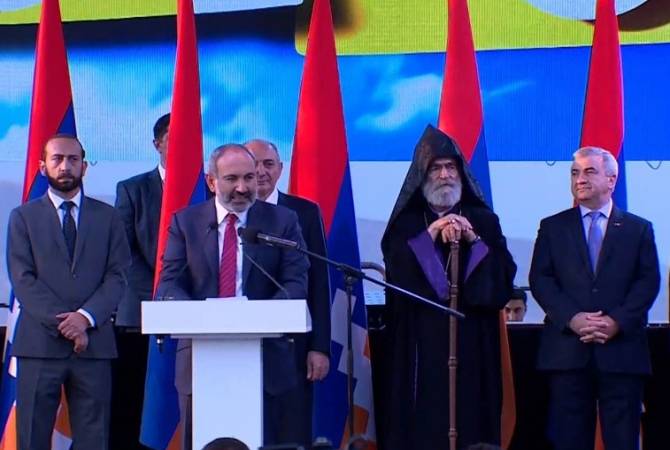 
YEREVAN, AUGUST 5, ARMENPRESS. Prime Minister of Armenia NIkol Pashinyan presented the strategic development goals for the period until 2050. ARMENPRESS reports Pashinyan said in his speech at the Revival Square in Stepanakert, ''In the period until 2050 we have to manage to solve the following issues – increase the population of Armenia to at least 5 million, create 1.5 million jobs, and eliminate poverty, transform Armenia into an industrial country, increase GDP 15fold, have at least 5 Armenian technological companies with a value surpassing 10 billion USD and 10 thousand startups, increase average salaries 7fold and rank at least in top 20 list of the most combat ready armies of the world and have intelligent service ranking in the top 10 list'', Pashinyan said, adding that education and healthcare must also be available for the people.

The PM noted that many will ask why nothing is said about Artsakh. ''The answer is very simple, because Artsakh is Armenia and there is no alternative''.