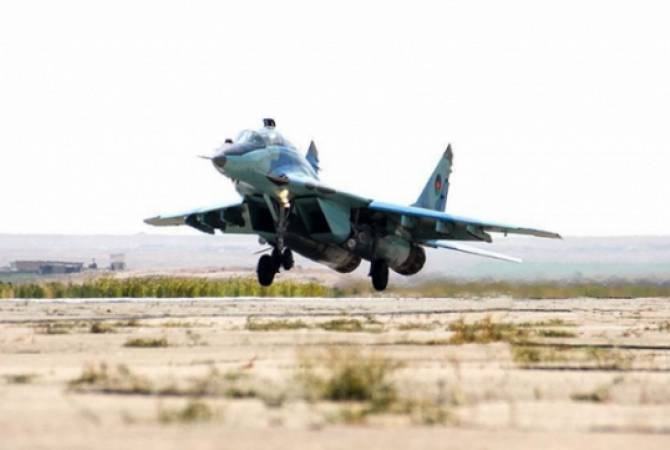 “The Azerbaijani air force has temporarily suspended the training flights until revealing the circumstances of the crash of MiG-29 fighter jet. At the same time, the combat duty is carried out as planned”, the official said.

The Azerbaijani MiG-29 fighter jet crashed near the capital Baku during a training flight.

The aircraft disappeared from radar at 22:00 on July 24. According to the preliminary reports, the plane is believed to have crashed into the Caspian Sea.

Search operations for the pilot have launched.