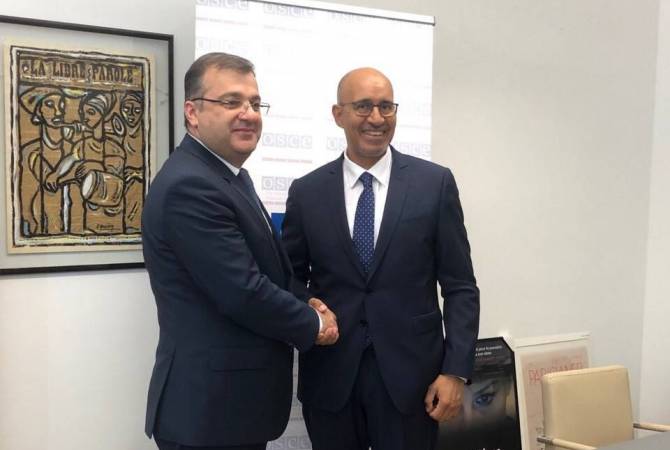 
YEREVAN, JUNE 26, ARMENPRESS. Deputy Minister of Foreign Affairs of Armenia Artak Apitonyan had a meeting on June 25 with OSCE Representative on Freedom of the Media Harlem Desir in Vienna, Austria.

“The sides spoke highly about the close and productive cooperation that is established between the OSCE Representative on Freedom of the Media Office and relevant governmental bodies of Armenia and the government’s efforts in the direction of ensuring the freedom of speech and the freedom of the press in the country,” the Armenian foreign ministry said in a news release.

According to the news release Apitonyan reiterated Armenia’s commitment to continue the reforms aimed at strengthening democracy and in this context attached importance to the role of the free press.

“The [sides] exchanged ideas about cooperation between Armenia and international organizations and both emphasized the importance of further increasing the efficiency in this direction”.