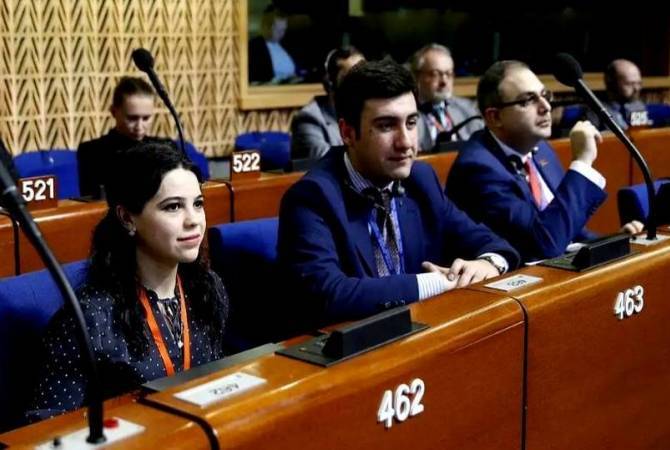 
YEREVAN, JUNE 25, ARMENPRESS. After the revolution in Armenia it’s an undebatable fact that all kind of elections are accepted as fair and free from oppositional forces presented in the Parliament and outside of the Parliament, Tatev Hayrapetyan – representative of Armenia’s delegation at the Parliamentary Assembly of the Council of Europe (PACE), said in her remarks in Strasbourg.

“For Armenia the security and democracy are interconnected. I want to talk about the continuation of democratic developments in Armenia, specifically I want to highlight the role and meaning of elections in Armenian political life nowadays. It’s already a fact that extraordinary Parliamentary elections in Armenia in December 2018 were organized on the highest level and were considered to be free and fair also by Council of Europe. I want to underline that afterwards there were carried out several local elections and in certain places the opposition candidates won the elections. You may ask why I find important to speak about this fact? My answer will be: because in more than recent 20 years all kind of elections in Armenia were questioned and debated afterwards by opposition representatives. And after the revolution it’s an undebatable fact that all kind of elections are accepted as fair and free from oppositional forces presented in the Parliament and outside of the Parliament”, the MP said.

She added that not only as an MP from ruling fraction but also as a citizen of Armenia she is delighted to notice that after the Velvet revolution of 2018 the government first time in the recent history of Armenia is the guarantor of free and fair elections even if there is a danger to lose those elections.

“Armenian citizens from now on are the real power in my country and the elections became a real and working tool to express attitude toward political spectrum. We do believe that the democratic values should be the base for peaceful and secure state, where the violence if fully rejected by citizens and the election is the main tool to express satisfaction or dissatisfaction towards political decisions”, the lawmaker stated.