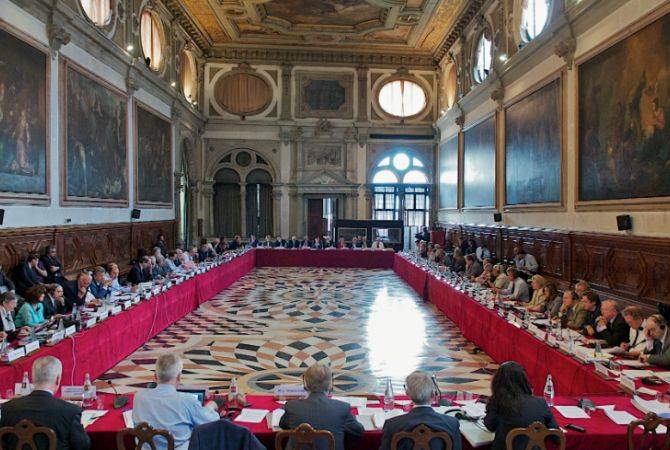 
YEREVAN, JUNE 24, ARMENPRESS. The Venice Commission referred to the recent constitutional developments in Armenia during its plenary session and the public announcements addressed to the incumbent members of the court, ARMENPRESS was informed from the records of the session.

''The Commission was informed on recent constitutional developments in Armenia, including on the recent public declarations regarding the sitting members of the Constitutional Court, and asked the President to follow the situation closely with a view to making, if appropriate, a public statement in this respect. The Commission authorised the preparation of an urgent opinion on the reform of the judicial code of Armenia, to be forwarded to the requesting authorities prior to the October Plenary Session”, reads the record of the session.

Vahe Grigoryan was elected a judge of the Constitutional Court of Armenia on June 16, however, he had announced that is about to take his role as the president of the Court given that the other judge is out of the country at the moment. This announcment became a topic for intensive public debates.