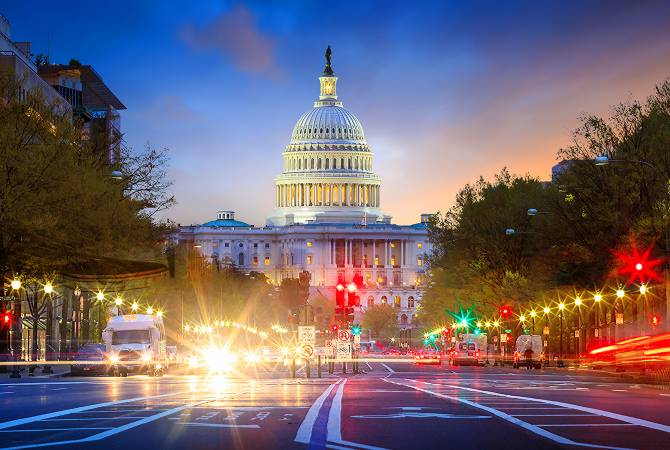 “Congress’s approval of this measure sends a strong signal to Armenians that the United States recognizes their inspiring democratic progress, supports their quest to build a more accountable government, and will continue to work with them to build resilient, responsive institutions,” said Congresswoman Jackie Speier, Co-Chair of the Congressional Caucus on Armenian Issues, according to ANCA.

Last week, during House floor debate on her amendment, Rep. Speier spoke passionately about Armenia’s “Velvet Revolution” during House consideration of the Fiscal Year 2020 Foreign Aid Bill, noting that “it is very important at this point in time that we do everything in our power to support this new democracy.” Citing an earlier U.S. commitment of $60 million to assist Armenia’s democratic transformation, Rep. Speier argued more is needed. “Armenia has a rare and potentially fleeting window of opportunity to consolidate and build upon its democratic gains. […] Armenia has earned a clear signal that the United States supports its democratic transformation and resources will be brought to them to carry out that transformation.”

House Appropriations Committee Chair Nita Lowey (D-NY) concurred, stating that “the progress made in Armenia’s transition to democracy and the Velvet Revolution is a refreshing development at a time when so many other countries are headed in the opposite direction.” Chairwoman Lowey continued “I’m prepared to work to provide the necessary resources to encourage continued progress in Armenia.”

The House voted on Rep. Speier’s amendment as part of its consideration of the Fiscal Year 2020 foreign aid bill, H.R.2740.